A hybrid hatchback is just as practical as a normal hatchback, but with even lower running costs. These are the best on sale in 2020 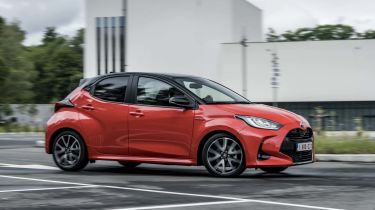 As electrification in cars continues to advance and more plug-in hybrids start to arrive, pure-hybrid cars are becoming harder to come by. However, a number of manufacturers are sticking with the technology to help lower the emissions of their ranges.

The way hybrids work is very simple: most harvest energy from the car’s engine and brakes in order to charge a small battery. This electrical energy can then be redeployed to make the car run more efficiently, working in conjunction with a petrol or diesel engine to provide drive.

Some hybrid hatchbacks are able to travel a short distance on electric power alone, but they won't go anywhere near as far as the leading plug-in hybrids, which typically have much larger batteries. So which model would be best for you? To point you in the right direction, we’ve come up with a handy list of the best hybrid hatchbacks on sale today.

A pioneer of so-called ‘self-charging’ hybrid technology, Toyota has introduced its preferred method of electrification right across its range – right down to the Yaris supermini. Refreshed for 2020, the latest Yaris comes with a 1.5-litre three-cylinder petrol engine working alongside an electric motor (a cheaper non-hybrid version is also offered). A power output of 114bhp means performance is reasonable, while scaled-down Corolla underpinnings ensure it’s good to drive and comfortable on the move. Plenty of standard kit and updated infotainment are also good news. Read our full review here. 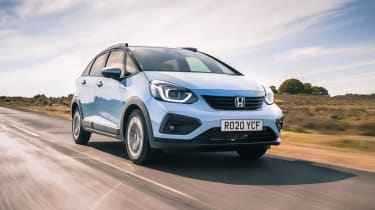 The Honda Jazz has been electrified for its third generation and packs a lot of technology into a small yet clever package. Power comes from a 1.5-litre petrol engine and a pair of electric motors, mated to a small battery and a CVT gearbox. The drivetrain feels well-engineered and is very refined, with a focus on efficiency that'll please private owners and company-car users alike. It's a little pricey, but you get a lot of practical hybrid supermini for your money. Read our full review here. 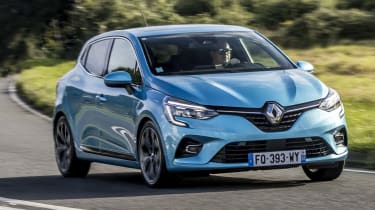 The Clio E-TECH is the most recent addition to the hybrid hatchback club, but unlike its Captur SUV sibling, it’s not a plug-in hybrid. Instead, Renault has introduced a clever system that consists of a 1.6-litre petrol engine, two electric motors and a 1.2kWh battery; power makes its way to the road through a Formula 1-inspired automatic gearbox. We’ve only driven a prototype so far, but we were impressed: it’s good at shuffling between power sources and should prove economical once the official figures come in. It handles well, too: the Clio has lost none of the talent on display in the non-electrified versions. Read our full review here. 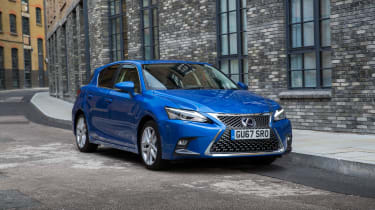 Lexus is known for build quality, and it shows in the CT 200h, with a solid interior and good reliability. The 1.8-litre hybrid petrol engine returns 67.3mpg, which translates to a 0-62mph time of 10.3 seconds and a top speed of 112mph. Meanwhile, 375 litres of boot space is more than enough for trips to the supermarket or a weekend away.

The main drawback of the CT 200h is the location of the hybrid batteries: they eat into the boot space somewhat and reduce rear legroom. Still, the seats themselves are very comfortable, making the CT 200h perfectly pleasant on long-distance drives. Read our full review. 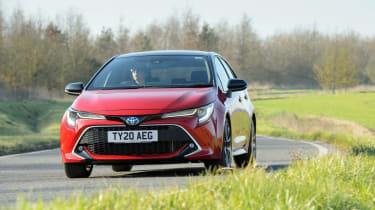 The Toyota Corolla Hybrid is a replacement for the now defunct Auris Hybrid, going on sale in the UK in hatchback, estate and saloon forms. The hybrid hatch is powered by a 1.8-litre petrol engine, with the option of a more powerful, 2.0-litre version available on higher trims.

Prices start from around £24,000, with the 1.8-litre returning as much as 66mpg. CO2 emissions of 76g/km ensure relatively low tax costs, while 361 litres of boot space is competitive in this class. The CVT gearbox leaves a little to be desired, but overall the Corolla Hybrid is a very attractive package. Read our full review. 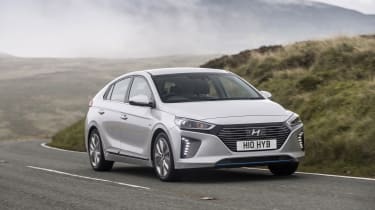 The Hyundai Ioniq was the first car ever offered as a hybrid, plug-in hybrid or pure electric car, and in all three guises it’s a competitive prospect. The Hybrid here is one of the frontrunners in this class, with an official fuel-economy figure of 78.5mpg and CO2 emissions of 84g/km on paper.

Practicality is decent, with seating for five and 443 litres of boot space. A power output of 139bhp is enough to make the Ioniq Hybrid feel eager on the road and the light steering means it isn’t taxing to drive. Read our full review. 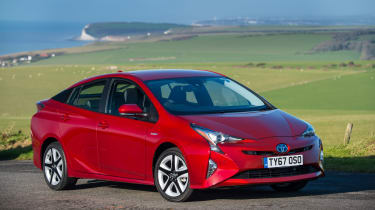 The Toyota Prius is the Ioniq Hybrid’s main rival, and in its fourth generation, the Japanese manufacturer has a refined the formula. The Prius is a hugely practical car, promising good head and legroom throughout, as well as easy access and a 343-litre boot. This figure rises to 1,558 litres when the rear seats are lowered, so transporting bulky goods is possible.

It’s fuel economy that impresses most, though: 83.1mpg will make your money go further, although you need to be on the 15-inch wheels that are standard on the lower trim levels to achieve this. Read our full review.