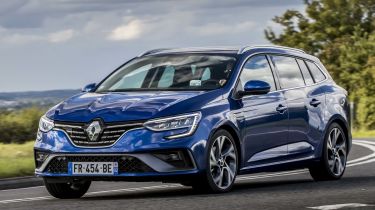 This is the Renault Megane Sport Tourer E-TECH, a plug-in hybrid family estate car that’s one of few electrified family estate models available at the moment. Its one direct rival is the Kia Ceed Sportswagon PHEV and there's an estate version of the Skoda Octavia iV plug-in on the way shortly, too.

The Megane E-TECH is aimed at buyers unwilling to compromise on space and rock-bottom running costs. Thanks to CO2 emissions of just 30g/km, this is a spacious company car that won’t break the bank as well – tax is very low. It has a Benefit in Kind (BiK) tax rating of 10% this year, which is a huge saving on the equivalent diesel – and if you can plug in regularly, you’ll be looking at vastly improved fuel economy, too.

A 1.6-litre petrol engine and 9.8kWh battery, means the Megane can drive for around 30 miles on electric power alone – slightly less than the Ceed Sportswagon, but on par with most plug-in hybrids. It’s possible to recharge the Renault in around three hours from a home wallbox, but like most plug-in hybrids there’s no option for DC fast charging. 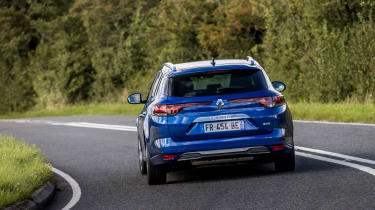 In pure-electric mode, the Megane is a very relaxing car to drive. With a full battery it’s easy to potter around without waking the engine, while even at higher speeds the cabin remains quiet.  When needed, the engine kicks in without much fuss, although it isn’t always as smooth as in a more upscale model such as the Volvo V60 Recharge.

The Renault is a bit on the slow side, and while it’s perfectly capable on faster roads, the seven-speed automatic gearbox is a little ponderous, making more work of overtakes than it ought to – it’s just not very responsive. The Megane is smooth over bumps, however, even on 18-inch alloy wheels.

The car is best suited to short urban commutes – maximising that electric range by leaning on the car’s regenerative braking. It’s not quite capable of one-pedal driving, but the Megane has the ability to slow significantly when you lift off the throttle, feeding energy back into the battery that would otherwise be lost.

The Megane is starting to feel its age inside, despite this plug-in hybrid model joining the range at the same time as the car’s mid-life refresh. The portrait touchscreen represents a worthy focal point, but the graphics feel tired and it’s not the most responsive system on the market. The digital dials aren’t as sharp as some models in this class, either.

Still, quality is decent and there’s plenty of space to stretch out. There’s loads of room in the rear seats, and the boot is a good shape and size. Those looking for the biggest outright load volume in this class might be better off waiting for the forthcoming Octavia iV plug-in hybrid, but it’s unlikely Megane buyers will feel short-changed.

For a more detailed look at the hybrid Megane estate, read on for the rest of our in-depth review... 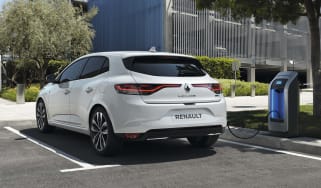 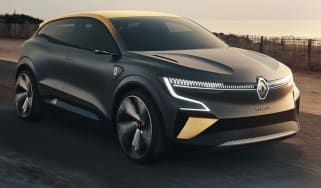