Officially, the Peugeot iOn can do 93 miles on a single charge, but owners say you can expect little more than 65 in normal use 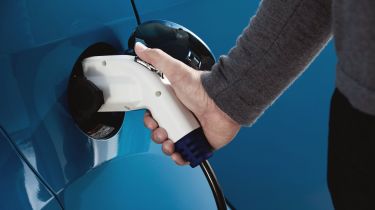 It isn’t just the iOn itself that’s small – its range is, too. More modern electric cars positively dwarf its 93-mile range, which is more like 65 miles in the real world.

At least the charge time is pretty much par for the course. Using a standard domestic socket, it’ll take about seven hours to fully charge an iOn. But if you use a fast charger (which requires an optional cable) you can get it up to 80% full in just 30 minutes.

According to official claims, the iOn has a range of 93 miles. However, reports from owners online suggest that, in everyday use, with the stereo and air-conditioning on, they get somewhere around 65 miles. This is something that was seen commonly with the old NEDC testing procedure, which has since been superseded by the WLTP system.

Even the official figure is at the lower end of what electric cars can achieve. The Renault ZOE, Nissan Leaf, Hyundai Ioniq Electric, BMW i3 and Kia Soul EV will all do at least 150 miles in the real world, if not more.

The iOn came as standard with just one charging cable, which can be used with a domestic three-pin power socket. Using this, you can fully charge the car from flat in about seven hours. In other words, most people could charge the car overnight while parked and come out the next morning to enough charge for their regular commute.

If that’s not quick enough or you need a top-up during the day, you'll need take the iOn to a fast charger. That'll give you 80% charge in just 30 minutes, but the cable for doing this was an optional extra when the iOn was sold new.

Like all Peugeot cars, the iOn is covered by a three-year/60,000-mile warranty from new. However, this little electric car also has some additional cover: the drivetrain comes with a five-year/40,000-mile warranty, while the traction battery is covered for eight years/60,000 miles.