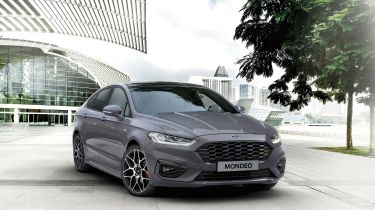 The majority of people who buy a Ford Mondeo choose one with a diesel engine. And that’s no great surprise, given how well diesel suits the car’s character as a long-distance motorway cruiser. If you have a slightly different motoring lifestyle, though, the Mondeo Hybrid represents an interesting alternative – particularly if you’re a company-car driver.

However, it’s worth noting from the word go that many of its most obvious rivals are plug-in hybrids. That means they have better fuel economy, lower CO2 emissions and a much longer range on electric power alone. Instead, the Mondeo is more like the Toyota Prius – albeit with higher CO2 emissions. It makes most sense as a company car, as its CO2 emissions of 127-131g/km are the lowest in the Mondeo range and mean a low Benefit-in-Kind (BiK) rating, at least compared to petrol or diesel-engined Mondeos.

However, there are a few caveats. First, due to those relatively high emissions, the Mondeo Hybrid doesn’t qualify for exemption from the London Congestion Charge. Second, the Hybrid comes as either a four-door saloon or five-door estate – a hatchback isn't available.

Otherwise, the Mondeo Hybrid has much in common with the rest of the range. It’s spacious, with at least as much room in the front as its rivals. You can also fit a couple of adults in the back – three at a pinch – and there’s plenty of storage space to swallow your odds and ends. As far as practicality is concerned, the real fly in the ointment is the boot.

The Mondeo saloon is less easy to use than the hatchback, because the rear windscreen doesn’t lift up when you open the bootlid. To make matters worse, the boot will only take 383 litres of luggage – considerably less than the 550 you can get in the hatchback. And the estate loses some boot space compared to the petrol and diesel versions, too. 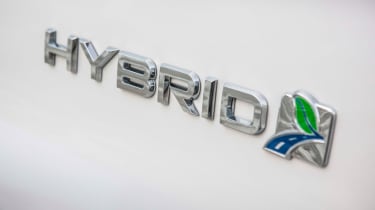 Sadly, that’s not the only figure that fails to match our expectations. In our experience, this hybrid struggles to match the near-50mpg economy that the latest official fuel-economy tests say should be possible in real-world driving.

In fact, other than its generally comfortable ride, the Mondeo Hybrid often falls short of other Mondeos on the road. Much of the blame for that lies with the CVT gearbox. It’s hesitant to respond, making the car feel quite slow, and because of the way CVTs work, the engine drones away unpleasantly when you ask for anything more than moderate acceleration.

Overall, it’s quite hard to recommend the Mondeo Hybrid over the diesel version. It’s not that much more economical in everyday use and isn’t as nice to drive or as practical. What’s more, if you want a low-emission car, one of the more modern plug-in hybrids may well suit you better.

For a more detailed look at the Ford Mondeo Hybrid, read on for the rest of our in-depth review... 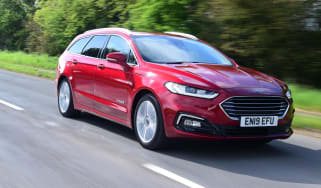 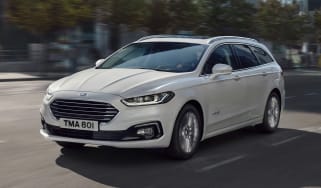 Revised Ford Mondeo Hybrid priced from £28k; available as estate for the first time
Skip to ContentSkip to Footer