Safety is excellent, but reliability of the Ford Mondeo Hybrid is unproven 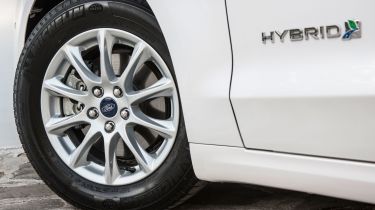 This is Ford’s first hybrid to be sold in the UK, and it has only sold in small numbers, so it’s hard to know just how reliable the Mondeo Hybrid is. However, there are no concerns over its safety: not only are plenty of safety features fitted as standard, the car scored a maximum five-star rating when it was crash-tested.

Such a small number of Mondeo Hybrids are sold in the UK each year that we can’t be sure just how reliable the hybrid system is. But, we do know that the standard Mondeo hasn’t proved to be particularly robust.

Although the car wasn’t included in our sister title Auto Express' 2018 Driver Power owner survey, the standard Mondeo was rated poorly in 2017. According to the report, 12.7% of owners who responded said they’d had at least one problem – chiefly engine and electrical faults.

Ford's standing hadn't improved much by the time of the 2020 edition of the survey; it finished 24th out of 30 brands rated, with about 15% of owners reporting problems.

The Mondeo scored the maximum five-star rating in Euro NCAP crash-testing, and was re-tested under the latest criteria in late 2019, when it kept that score. Standard safety equipment includes front and rear parking sensors, the 'eCall' system (which can contact the emergency services at the press of a button in the event of a collision), automatic emergency braking with pedestrian and cyclist detection, traffic-sign recognition, lane-keeping assistance, automatic headlights and ISOFIX child-seat anchor points.

A 'Premium Driver's Assistance Pack' is optional on the Titanium Edition and ST-Line Edition; it adds active parking assistance, a rear-view camera and adaptive cruise control. Vignale has its own 'Vignale Driver's Assistance Pack' option, which gives you stop-go functionality for the cruise control. Blind-spot monitoring with cross-traffic alerts can be added to any model in the range as a separate option.