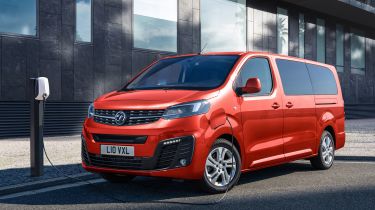 The Vauxhall Vivaro-e Life – a minibus version of the brand's Vivaro-e panel van – has been revealed. Seating up to nine, it's a sister model to the recently unveiled Peugeot e-Traveller and Citroen e-SpaceTourer, sharing their 143-mile driving range and 134bhp electric motor.

Like those models, it'll be in UK showrooms before the end of 2020, with order books opening during the summer. While Citroen's take on the minibus is available here in one chassis length only, the Vivaro-e Life mirrors the Peugeot version in being offered in either 'M' or 'L' lengths.

Five, six, seven or eight-seat variants with plush leather upholstery are offered, while a more utilitarian version squeezes in an extra seat to carry the maximum of nine passengers. VIP versions boast features such as a massage function and electric heating for the front seats and movable leather chairs in the rear, with 48cm wide seat cushions. 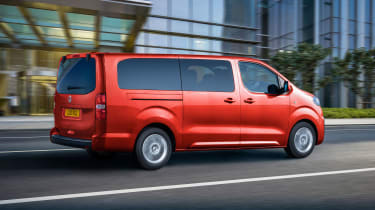 The minibus' 50kWh battery pack is made up of 18 modules and contained entirely within the floor of the vehicle, so it doesn't impinge on passenger or luggage space, which stands at around 4,500 litres in the 'L' version. Recharging the batteries to 80% capacity takes in the region of half an hour from a 100kW public rapid-charging point. 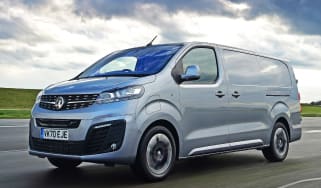 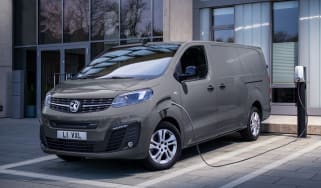