A five-year warranty shows confidence in the Toyota Prius+ 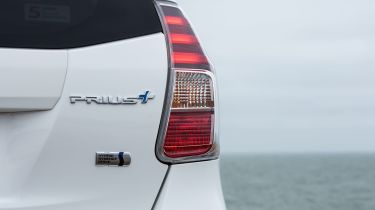 The Toyota Prius+ has a wide range of safety kit and it should be painlessly reliable to own – Toyota has an enviable reputation for reliability and solid build.

You might think the Prius+ has a relatively complicated hybrid engine, but there has only been one recall, affecting vehicles built from May 2013 until May 2014.

To give you even more peace of mind, Toyota has one of the best reliability records in the business. The company was rated well above average in our sister title Auto Express' 2020 Driver Power owner satisfaction survey, coming sixth out of 30 manufacturers.

The Prius+ itself has never featured in the survey, but the third-generation Prius was revealed as one of the Top 10 most reliable used cars in the 2018 survey, which gives even more reassurance to potential buyers about how reliable the hybrid technology is.

There’s no criticising the safety kit fitted as standard to the Prius+. Driver, passenger, front side, curtain and driver’s knee airbags are fitted to all models, as is hill-hold control and Toyota’s Safety Sense systems. These include autonomous emergency braking, adaptive cruise control, lane-departure warning, automatic dipping headlights and traffic-sign recognition.