The Tesla Model X boasts great results in crash testing and about the most advanced safety aids going, but build quality is a concern 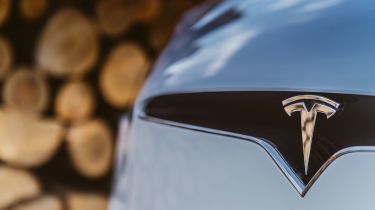 Tesla was highest-ranked in our sister title Auto Express' 2016 Driver Power owner survey, so it’s a shame that too few owners have participated in the editions since for the brand to be represented. The biggest concern is tales of poor build quality, with some owners suffering leaks from the rear doors, but generally the Model X should be one of the more reliable premium SUVs.

Tesla’s 2016 Driver Power survey result showed that owners were very positive about their cars, and the Model X was rated highly for reliability, although build quality came in for some criticism. We have no reason to think that any of that has changed, although some owners reported faults with the ‘falcon wing’ doors.

The Model X was crash-tested by Euro NCAP in late 2019, and like the Model S saloon that it’s closely related to, it was awarded the full five stars. Added to that, the Model X returned top results in US crash tests, with the report amounting to the Model X having “the lowest probability of occupant injury of any SUV on the road” according to Tesla.

The Model X certainly isn’t short of safety equipment. The standard autonomous emergency braking and 360-degree camera are just the start of the car’s hi-tech driver aids, which run all the way to an ‘Autopilot’ mode for the car to drive itself on the motorway. And with updates to the on-board technology happening all the time automatically when the car is connected to the internet, the Tesla’s driver aids can – to an extent – evolve as they update over time.