The Tesla Model S has a relatively clean record when it comes to reliability, and scored well in its Euro NCAP crash tests 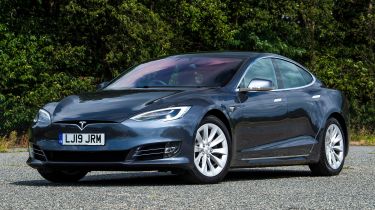 The Tesla Model S secured five out of five stars in its Euro NCAP crash tests in 2014, scoring well in a range of different categories. There are no reliability issues known to keep cropping up on the Model S and the four-year/50,000-mile warranty should give you adequate peace of mind. Better still, the battery is guaranteed for eight years, and you can do an unlimited number of miles in that time without invalidating it.

In 2017, Tesla issued a recall for the Model S and Model X, covering cars built between February and October 2016. This was to fix a potential fault with the electronic parking brake, although the company was keen to stress that at no point were cars unsafe to drive.

As the Model S is an electric car, there are few moving components and therefore few things that can go wrong it. Tesla also issues periodic over-the-air software updates, which can fix potential problems and also unlock additional performance from the electric motors. In 2016, the Model S achieved the highest ever percentage score in our sister title Auto Express' Driver Power customer satisfaction survey, finishing fifth overall for reliability – although the Model S was absent from the 2020 survey.

Collision avoidance and automatic emergency braking systems are included as standard, as are front airbags, two ISOFIX seat attachments, a seat belt reminder, and much else besides. The Model S is also very sturdy: when its roof was crush-tested in the US, it actually broke the testing machine, having withstood a force four times that of gravity.