All the information you need to know when buying a secondhand Renault ZOE Mk1, produced between 2013 and 2019 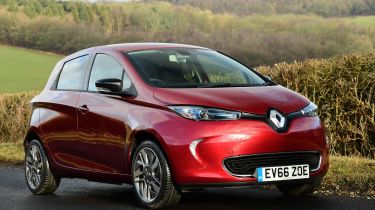 If you’re in the market for a car that's both very cheap to run and reasonably practical, the first-generation Renault ZOE is hard to beat. As cheap, useable, zero-emissions urban transport, the little ZOE is up there with the best.

As the car was launched way back in 2013, there’s no lack of examples on the secondhand market to pick from. But while some used ZOEs are priced appealingly low, there is one thing to be particularly aware of when buying.

It’s not hard to understand why. Under the lease deal, Renault promised to take care of the battery should there have been any problems. However, electric-car batteries are turning out to have greater longevity than many expected, so leases like this aren't really offered anymore.

More pertinent to used-car buyers is that a cheap secondhand ZOE may also come with a monthly battery lease bill – meaning the total cost of ownership may be more than buying the car and battery outright.

Of course, those used to paying for their car in monthly instalments may be happy with this arrangement. The cost varies depending on the length of the lease, whether it's the standard or high-power battery and how far you drive per year. Monthly fees started at £49 and rose to £110. Also, it's possible the 'buy out' the lease on a used ZOE by contacting Renault UK's finance arm.

Battery considerations aside, there are few other obstacles to overcome. The ZOE is far more spacious inside than the similarly sized Renault Clio, both for passengers and luggage. And its safety rating is impeccable. In fact, when it first appeared, the experts at Euro NCAP called it the safest supermini on sale.

The ZOE is good to drive, but of more relevance is its range. Earlier cars claimed a 130-mile range, which grew to 149 miles in 2015. In 2016, a Z.E. 40 version joined the range, claiming 250 miles on a charge. Renault is transparent with its real-world mileage, so, depending on temperature, you can realistically expect around 70 or 150 miles from the standard and Z.E. 40 batteries respectively. 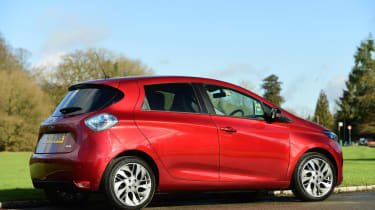 The Renault ZOE hit showrooms in June 2013, boasting all the electric-car technology you’d expect: brakes that can top up the batteries, an 89bhp motor providing nippy performance and ‘programmable pre-conditioning’ that allows you to warm the interior while the car is still on charge to reduce the air-conditioning drain on the battery. Three trims were available from launch: Expression, Dynamique Zen and Dynamique Intens.

Two years later, the range was updated – and the ability to buy the car and battery outright was introduced. These cars’ trims are prefixed by the letter ‘i’. The updates also saw a new, more powerful R240 motor introduced, promising a real-world range of between 71 and 106 miles on a charge. Trims were renamed to Expression Nav, Dynamique Nav and Dynamique Nav Rapid Charge. The latter retained the old motor, while the others gained the new version.

The ZOE has never wanted for standard equipment: all come with R-Link sat nav operated through a seven-inch touchscreen, as well as climate control, keyless entry, Bluetooth and cruise control.

In November 2016, a new flagship Signature Nav trim was launched and the high-capacity 40kWh battery, dubbed Z.E.40, was made standard on all but entry-level Expression cars. February 2018 saw a new motor introduced. With 80kW, it was some 15bhp more powerful than its predecessor. Android Auto was also introduced at this point.

In late 2019, a facelifted ZOE was introduced, with a much-improved interior and greater range. Strong residual values and confidence about battery longevity meant Renault decided to no longer offer battery leasing when this model was introduced. 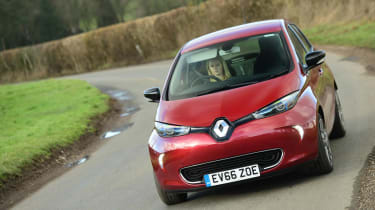 Your main point to consider is whether you want to buy or lease the battery. There are no hard-and-fast rules here – do whatever suits you. Cars with a battery lease are cheaper to buy (as they were when new), reflecting the extra ongoing cost. Leasing costs depend on the length of the lease and the number of miles you travel a year. Low-mileage drivers will pay £49 a month, although costs can be as high as £110 – before you add the cost of electricity on top.

If you want to buy the battery outright, you’ll be looking at a car built in 2015 or later. These are more expensive because they’re newer, but also because they’re in higher demand from buyers looking to reduce their monthly outlay. Before making a firm decision, run some calculations based on the cost of the car, your annual mileage and how long you’re likely to own the car for.

Note that it's also possible to 'buy out' the battery lease on a Renault ZOE by paying a one-off lump sum. You'll need to ask the dealer selling the specific car you're looking at, or the UK arm of Renault Finance, to find out the exact cost of this in each case. 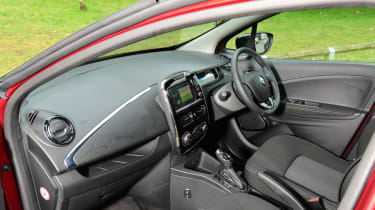 The closest rival is the Mk1 Nissan Leaf, which will cost you a little more, but is quite a bit bigger. Most Leafs are available to buy outright, but some offer a lease option. Again, do the sums before you commit.

The other main rival at this price is the very rare Renault Fluence. It’s cheap to buy, is mechanically similar to the ZOE, but only comes with a battery lease option. Only a few hundred were sold in the UK, so your chances of finding one are slim.

Charging: Depending on the power rating of the charger used, replenishing the ZOE’s batteries will take between one and nine hours. One of the biggest disappointments with the ZOE is that it charges slower than rivals like the Leaf, which will accept a 50kW rapid charge; Even the updated 2018 'Quick Charge' Zoe will only charge at 43kW at most. Still, if you're rarely going to rely on public charging anyway then this shouldn't put you off at all.

Spare tyre: Or lack thereof. The ZOE comes with a compressor and a can of tyre sealant. This has a shelf life, so check it’s in-date.

Wheel change: You can’t change the ZOE’s wheel yourself. Renault says this is because there’s a risk of damaging the battery pack, located under the floor, when you jack it up.

Rattles: A common complaint among ZOE owners is rattles when driving over bumps. In reality, there are no more rattles in a ZOE than any other car, it’s just they’re more noticeable as it’s so quiet to drive. Some can be traced to the bootlid’s locking mechanism or hinges and can be fixed with a bit of grease.

Interior space: While the ZOE is spacious, rear legroom is a bit limited. It’s fine for children, but check there’s enough if adults sit in the back regularly. 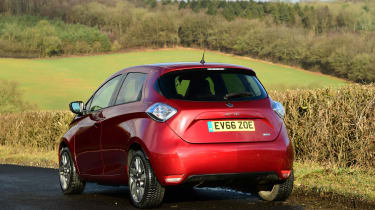 Owning a Renault ZOE shouldn’t cost the earth. Like with other electric cars, your journeys will cost a fraction of what they would in a petrol or diesel car.

There should be no shocks when it comes to servicing, either; this needs to be carried out every 12 months or 18,000 miles. Services alternate between minor and major and cost around £80 and £160 respectively. Brake fluid needs to be changed every four years, but at £40 it won’t break the bank.

There are two important points to note, though. Unless you have an electric-car specialist nearby, you’ll probably need to get your ZOE serviced at a main dealer. However, not all Renault dealers are set up to work on electric cars, so check for your nearest before you buy.

Renault has announced three recalls for the ZOE. The first concerned 999 cars built before March 2016, over a fault that could reduce the efficiency of the brakes. Another recall affected 561 cars built from July 2015 to January 2016 and concerned the parking brake. The third, announced in February 2018 concerned 218 cars fitted with the incorrect accelerator pedal which could get stuck under the floor mat.

The Renault ZOE has enjoyed a run of good form in our Driver Power ownership survey. It placed fifth in 2015 for overall satisfaction, rising to second place in 2016. Those performances were driven by pleasing ownership costs and ease of driving, although it placed 106th for reliability out of 150 cars. 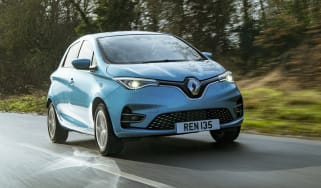 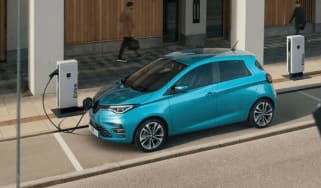 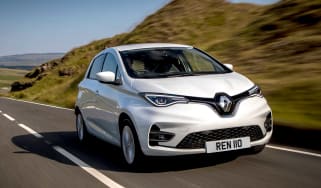 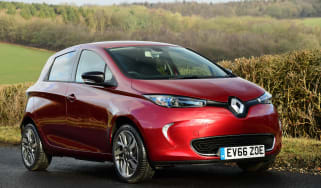