Safety and reliability have long been Kia watchwords, and things should be no different with this plug-in hybrid XCeed 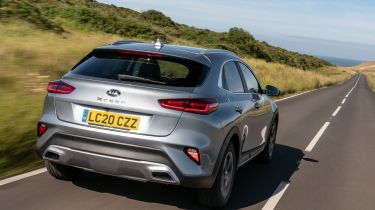 The Kia XCeed plug-in hybrid should be both a safe and reliable car, although there is a slight caveat on the former point; you need to order an optional safety equipment pack to have your car in the same specification that Euro NCAP awarded its maximum crash-safety score, too. Otherwise, all signs are positive, with owner feedback on similar models from the Kia range being very good.

Kia's plug-in hybrid technology has proved to be pretty dependable in the Niro PHEV over the past couple of years, so there's no reason to think things will be any different with the XCeed. Plus, owners have the reassurance of the brand's industry-leading seven-year/100,000-mile warranty to fall back on should something actually go wrong.

The Niro (including both its plug-in and non-plug-in variants) was named the fourth most satisfying car to own in the UK by respondents to the 2020 Driver Power owner survey, with an overall satisfaction score approaching 92% and problems reported by just under 12% of owners. This bodes well for the XCeed, which shares much of its technology with that car.

The standard Kia Ceed hatchback on which the XCeed is based only scored four out of five stars in Euro NCAP crash-testing back in 2019. That score applies to cars without some optional driver-assistance kit fitted. When the option pack (known as the Advanced Driver Assistance Pack, or ADAP) is fitted, the car gets the full five-star seal of approval from Euro NCAP.

Lane-keeping assistance, automatic high beams, driver attention warning and forward collision avoidance (which detects cars and pedestrians) are all standard, while the ADAP adds a cyclist detection function to the forward collision avoidance system. Additional safety kit, such as blind-spot monitoring and speed-limit warnings were only offered on the introductory 'First Edition' version of the XCeed PHEV, but aren't available on the standard 3 specification.