The Citroen C-Zero has a real-world range of about 65 miles, virtually the lowest of any electric car on sale 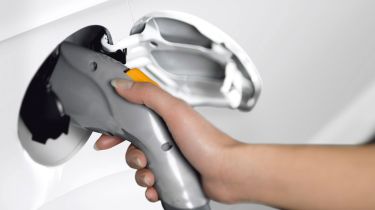 The Citroen C-Zero had a quoted range of 93 miles on a single charge, based on the now-discontinued NEDC testing procedure. In the real world you should be prepared for a maximum range of about 65 miles, depending on all sorts of factors such as driving style, road conditions and even the weather.

Contemporary rivals included the Volkswagen e-up!, BMW i3 and Smart EQ ForFour, and depending on your budget, the likes of a used Nissan Leaf or Volkswagen e-Golf should also be on your radar. The C-Zero's sister cars – the Mitsubishi i-MiEV and Peugeot iOn – are virtually identical in every way.

Returning real-world range of approximately 65 miles, the Citroen C-Zero offers one of the lowest range figures of just about any electric car. Even the tiny Renault Twizy – which is a quadricycle rather than a car – is capable of about 50 miles on a single charge.

If you only have access to a standard household socket, a charge time of at least six hours applies. If you can leave a car to charge on a driveway or in a garage overnight, then this won’t pose too much of a problem, but if you can’t, you’ll almost certainly want to look at other options.

Modern electric cars tend to locate their ‘standard’ and ‘fast’ charging sockets under one flap, but the C-Zero has a different solution: you’ll find its standard port on the driver’s side of the car, while the fast charging port sits on the passenger side. A five-metre charging cable is provided, so bear in mind how close you’ll need to park the C-Zero to facilitate home charging.

From new, the C-Zero’s battery warranty ran for eight years or 60,000 miles, while the drivetrain was guaranteed for five years or 40,000 miles. The car and the battery were sold together: there was no battery leasing scheme on offer.