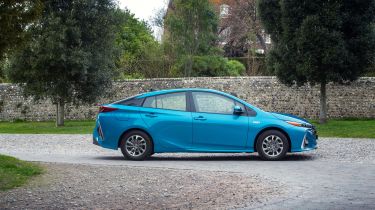 As you’d expect, the Prius Plug-in shares much of its electronics and technology with the regular fourth-generation Prius. With more than 20 years spent developing hybrid technology, Toyota has made the Prius Plug-In totally dependable, even though this model features a new Dual Motor System and a bigger battery.

Toyota was ranked as the sixth-best brand for customer satisfaction in the 2020 Driver Power owner survey and the eighth-best for reliability. This also includes its standard petrol models, but Toyota is known for its reliability so the Prius will be no different.

The fourth-generation Prius finished 16th in the 2020 Driver Power rundown of the best 75 cars to live with, so the Prius Plug-in will likely be just as easy and trouble free to live with. That’s because it uses many similar components, so this information should give you reassurance.