The electric Skoda Citigoᵉ iV is safer than its Euro NCAP crash-test rating might suggest, but we’d still like to see AEB offered as an option 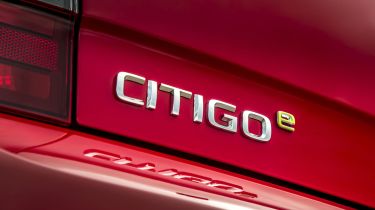 The Skoda’s three-star Euro NCAP rating seems alarming, but don't let that put you off. Ultimately, the structural integrity and crash safety of the vehicle is the same as it was when the petrol version was awarded five stars back in 2013. However, the tests have become much more stringent and more focused on intelligent driver aids since then, and it’s in this respect that the Skoda has fallen short.

Batteries and electric motors are more reliable than petrol or diesel engines since they have far fewer moving parts, which means the Skoda should be a very reliable car.

The brand tends to do well in customer-satisfaction surveys, such as the annual Driver Power survey. The company came fifth overall in the 2020 manufacturer rundown, and is the highest-rated maker from the all-conquering Volkswagen Group. There were four Skoda models in the top 75 new car list, all of which finished in the top 40; the Kodiaq SUV topped things off with a sixth-place finish.

Expectations for driver aids have moved on and the fact that the Citigo (and the Volkswagen e-up! and SEAT Mii electric) doesn’t have autonomous emergency braking (AEB) – even as an option – feels behind the times. There also aren’t any ISOFIX points on the front passenger seat, although you can switch the passenger airbag off if you want to strap a child seat in with the seatbelt.

You do get two ISOFIX points in the back seats, along with four airbags, traction control and lane-keeping assistance as standard. A tyre-repair kit is included, too, but sadly there isn’t room in the boot for a space-saver spare wheel.