Hydrogen fuel-cell SUV in the works at Jaguar Land Rover 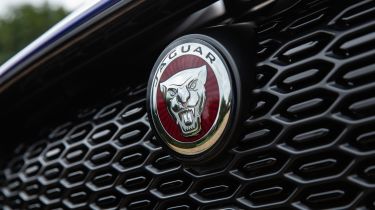 In a move supported by a £73.5m Government-funded programme, Jaguar Land Rover is looking into developing a new SUV powered by hydrogen fuel-cell technology.

Known as Project Zeus, the technology is being worked on in collaboration with British firms UKBIC, Delta Motorsport and Marelli Automotive Systems with a view to getting the technology to JLR customers faster. The project is still expected to be explored over a number of years, however.

“The project will help drive significant growth and capability in fuel-cell electric vehicle design and manufacturing, providing a competitive edge in intellectual property and supply chain for the UK.”

The news comes following Jaguar Land Rover's earlier focus on hydrogen technology, in the wake of the Jaguar I-Pace electric SUV's arrival. Ralph Clague was hired as the firm's new head of hydrogen and fuel cells in March 2019.

There's no way to tell if and when a fuel-cell Jaguar Land Rover SUV will arrive on sale, but it's likely to be a few years off. For now, those wanting to try out the technology for themselves are limited to pioneering cars like the Toyota Mirai and Hyundai NEXO. A hydrogen-powered BMW X5 is also in the works.