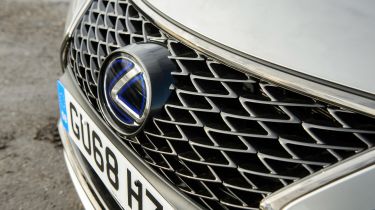 You can never be completely sure that a car will be reliable, but when it has a Lexus badge on it, you can feel more reassured than with most other car makers. Lexus has possibly the best and most consistent record for car reliability, as well as a proven record for the use of hybrid technology.

Safety is also another strong point, with every version of the RC getting the Lexus Safety System+ as standard, while several other systems available either on higher trim levels or as options.

It’s hard to think of a car manufacturer with a better record for reliability and customer satisfaction than Lexus. Probably because there isn’t one. Over the years, the company has consistently been at the very top of the tree in our sister title Auto Express' Driver Power survey, and in 2018 Lexus was again the top-ranked company.

Not only did that mean the company was well ahead of its major German rivals, Audi, BMW and Mercedes, there were also two Lexus models inside the top 10 best-performing cars. And, the IS (to which the RC is closely related) finished in 11th place. Add to this Lexus’ long track record with hybrid technology, and there’s an awful lot to reassure you about buying an RC.

The RC hasn’t been crash-tested by Euro NCAP, but the Lexus IS saloon that it’s based on did receive the maximum score of five stars when it was tested in 2013.

Every model also has eight airbags, as well as braking, stability, steering and traction control systems in addition to the reassurance of coming with the Lexus Safety System+. This is a package of equipment that includes adaptive cruise control, lane-keeping assistance, pre-crash safety system and traffic-sign recognition.

Beyond that, blind-spot monitoring and rear cross-traffic alert are available as options on F Sport trim or as standard on the range-topping Takumi model.