As a Lexus flagship model, anything less than flawless would be a failure for the LC 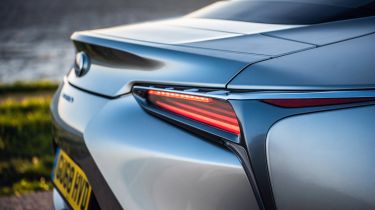 The Lexus LC introduced a high-tech rear-drive platform and features new suspension, next-generation hybrid drivetrain technology and the very latest electronic systems. But don’t expect teething problems from a brand with a peerless reputation for quality, reliability and service.

The Lexus LC itself is too new to have appeared in our Driver Power survey, but Lexus was the top-rated brand for the second year running in 2018 and always performs strongly. In particular, the survey respondents rated interior design and quality extremely highly, but the brand scored well everywhere and topped the reliability and build-quality ratings, too – beating all-comers, including the usual line-up of European premium brands.

There’s no independent Euro NCAP crash-test result for the Lexus LC and it's expected to sell in such small volumes in Europe that it may never be evaluated. However, as the Lexus performance flagship the LC is absolutely stacked with safety kit and there’s no doubt it would perform well if tested.

All LC models are equipped with Lexus Safety System+, which includes radar and camera monitoring of the road ahead for potential hazards and collisions. Features of the system include radar cruise control, lane-keeping assistance, lane-departure warning, road-sign recognition and automatic high beams.

The LC’s rear-wheel steering and limited-slip differential also play their part in keeping the big coupe safe and stable at higher speeds, while rear cross-traffic alert and blind-spot monitoring, knee airbags for both front occupants and curtain side airbags all feature, too.