The Lexus CT 200h offers reasonable running costs, although newer hybrids will be cheaper to run 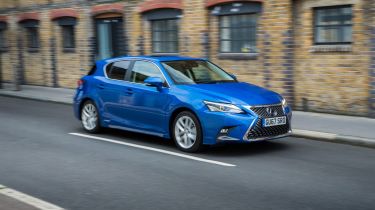 Lexus CT 200h prices start at just over £26,000 for the entry-level CT, rising to just over £33,000 for the range-topping Takumi. In terms of hybrid rivals, Toyota Prius prices start from around £24,000, while the Hyundai Ioniq Hybrid is cheaper, with prices starting from about £23,000. It’s also worth bearing in mind that both the Prius and the Ioniq come with five-year warranties, two years longer than you get with the CT 200h.

The CT200h is not exempt from the London Congestion Charge but does boast a low Benefit-in-Kind (BiK) company-car tax rate courtesy of its CO2 emissions figures. For company-car drivers, the CT 200h makes a lot of sense.

All versions of the Lexus CT 200h fall into insurance groups 17 to 18, with the Takumi trim level likely to be the most expensive to insure. Typically, a Toyota Prius falls into group 14, while a Hyundai Ioniq Hybrid will be much cheaper to insure, slotting into groups 10-12. 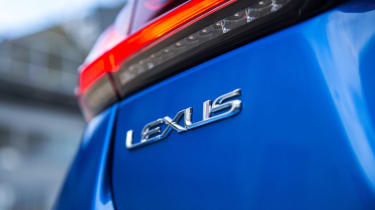 The Lexus CT 200h requires a service every 12 months and 10,000 miles. Lexus Service Plans allow you to combine all servicing costs into monthly payments, with the price based on the length of plan, what’s included and how frequently you’d like to pay. A Hybrid Health Check is included in all services, with a technician checking the entire system and providing a written report. This also includes a one-year/10,000-mile warranty on the battery.

All CTs are charged the standard £140-a-year road-tax rate for hybrids.

The CT 200h tends to hold its value better than many of its conventional premium hatchback rivals, but you should avoid the higher trim levels to escape the worst depreciation. You could expect a CT to retain a little over 50% of its value after three years, with used-car buyers appreciating the car’s economy and low cost of ownership.