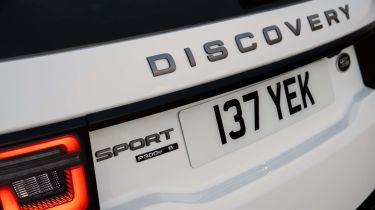 There's no concrete independent data on safety or reliability for the Land Rover Discovery Sport hybrid just yet; the powertrain is all-new and Euro NCAP hasn't yet got around to crash-testing the car. We wouldn't have major concerns around safety, as the closely related Range Rover Evoque performed well in testing when it was launched in 2019, but the Land Rover brand's overall reliability track record isn't great.

The Discovery Sport wasn't rated individually in the 2020 Driver Power customer satisfaction survey, but Land Rover as a brand didn't exactly cover itself in glory, coming in 25th place out of 30 manufacturers rated, with a worryingly high 33.8% of owners who responded saying they'd encountered a fault of some kind.

That said, the plug-in hybrid drivetrain in the Discovery Sport P300e is all-new and didn't factor in to those results, which cover existing petrol and diesel-engined versions of the car. We'll have to wait until the car has been on sale for a few years before concrete long-term reliability data is available.

The previous generation of Land Rover Discovery Sport held a five-star Euro NCAP crash-test rating throughout its time on sale from 2014 to 2019, and although this second-generation version hasn't yet been evaluated, it shares a basic platform with the current Range Rover Evoque, which attained the maximum five-star rating when it was crash-tested in 2019.

In common with the Evoque, the Discovery Sport offers an extensive suite of driver-assistance technology to reduce the chances of a collision happening, although you need to go for the top-spec R-Dynamic HSE model to get everything that's available.