Electric cars aim to be 'green', but what about their batteries? Here's what you need to know about electric car battery recycling 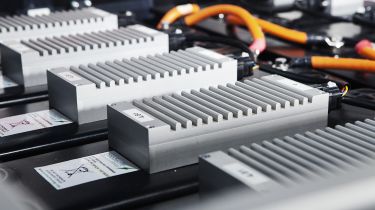 Electric cars aren't the future any more, they're the present. Every mainstream manufacturer is working on electrifying its range, and with the UK government now set to ban sales of new petrol, diesel and plug-in hybrid cars by 2035, it won't be long before battery-powered vehicles are the norm.

Electric cars are known to improve air quality and help reduce emissions – especially when powered by predominantly renewable mains electricity. However, there's an elephant in the room, or rather, under the floor: lithium-ion batteries. Modern electric cars all use variations of lithium-ion batteries, which typically last at least 10 years before losing enough performance that some might consider replacing them.

The good news is that these batteries are already highly recyclable. Anwar Sattar, lead engineer at Warwick Manufacturing Group (WMG), states that “technically, over 90% of the cell can be recovered, but since recycling involves the reuse of the recovered material, it becomes a commercial activity and companies will only recycle those parts that give them a positive financial return.”

Lithium-ion batteries are covered by the Battery Directive, which stipulates that at least 50% of the battery in its entirely must be recycled. This is easily achievable. The packs are dismantled manually and the plastics and wiring that make up the bulk of the pack around the cell can be recycled along with other similar plastics.

The difficulty is in accessing and re-using the cell and its precious metals, given the volatility of the electrolyte. “The electrolyte is flammable, explosive and highly toxic,” says Sattar. “It's very sensitive to water and forms hydrofluoric acid (HF) upon contact with water. These hazards must be dealt with in any recycling process before the rest of the cell components can be recycled.” It’s this electrolyte that makes battery recycling a more difficult process than conventional plastic and metal recycling, but there are solutions. 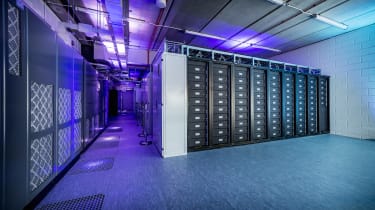 Batteries as power storage for homes and industry

Many manufacturers plan to potentially use their secondhand EV batteries for static energy storage, including Mercedes – which also has bold future battery plans.

Nissan already uses second-life batteries from the Leaf for static energy storage in industrial and domestic installations, and also offers an off-the-shelf home or commercial energy storage unit, called xStorage. A rival to Tesla’s Powerwall 2 system, Nissan’s system is different in that you can choose to have new or secondhand EV batteries.

Honda has also announced plans for its used hybrid and electric-car batteries. Working with Societe Nouvelle d’Affinage des Metaux (SNAM), the European arm of Honda has announced that it'll collect and recycle its batteries, by way of ‘second-life’ use or the extraction of valuable elements.

“As demand for Honda’s expanding range of hybrid and electric cars continues to grow, so does the requirement to manage batteries in the most environmentally friendly way possible,” Honda’s European senior vice president Tom Gardner said.

Elsewhere, BMW announced in October 2020 that it would be partnering with Off Grid Energy to create "a sustainable second-life solution" for batteries coming out of end-of-life BMW and MINI electric and hybrid models.

BMW will supply the company with battery modules that will be used to manufacture mobile power units. The first prototype of one of these is now up and running, powered by lithium-ion modules taken from a MINI Electric development car.

It has a 40kWh capacity delivering a 7.2kW fast charge and is set to be used at BMW and MINI UK events over the course of late 2020 and early 2021. BMW and Off Grid Energy say that as more battery modules become available over time, systems will be built with a capacity of up to 180kWh that are able to provide multiple charges at rates of up to 50kW.

The two firms claim that when these units are used to displace conventional ways of generating temporary power, the battery modules will at least double the CO2 reduction achieved in their original use in the car.

These aren't the first companies to embark on such a scheme; these two options have been established as the most viable solutions over the past few years. As electric cars become more popular, the recycling of their batteries looks set to become a major consideration.

In October 2020, Renault threw its hat into the battery recycling ring with the announcement of its SmartHubs project, an energy system in West Sussex comprising 1,000 'second-life' electric car batteries that's set "to help provide cleaner, lower cost energy for use in social housing, transport, infrastructure, private homes and local businesses", the company claims. Renault says the system helps to "balance the electricity network", charging and discharging as required, with the ability to store enough energy to power just under 1,700 homes for a day. A similar, more powerful system has also been installed at Renault's George Besse factory in Douai, France.

Recycling the materials in used batteries

Batteries for electric vehicles need to provide a lot of energy in a small package, which requires fairly large quantities of cobalt in lithium-ion batteries. But energy storage units in buildings don’t need to be so small and lightweight, so it’s a common argument that the precious metals of lithium and cobalt are better recycled for more transport applications.

Cobalt production is a critical issue for battery production and the future of electric mobility. Much of it is currently mined in the Democratic Republic of Congo, where the process raises serious ecological, ethical and human rights concerns, so reducing dependency on it as demand for batteries rise is one of the greatest challenges.

Dr. Gavin Harper, a Faraday Institution research fellow at the Birmingham Energy Institute’s project on recycling and reuse of lithium-ion batteries (ReLiB), states: “if we face constraints around cobalt, some feel we should focus this precious resource on more demanding applications such as EVs. It may make more economic sense to recycle EV batteries for use in brand-new batteries for cars, rather than using them in a used state in a less demanding application [such as power storage].”

Mercedes would agree with this. The German manufacturer launched a home energy storage system (above) using batteries from its range of electric cars in April 2017, but the product was axed only a year later, with the company claiming that “it’s not necessary to have a car battery at home: they don’t move, they don’t freeze, it’s overdesigned.” So, for Mercedes at least, the costs didn’t add up.

Nissan, however, is adamant that electric-car battery technology is transferrable for home energy use. A spokesperson stated that Nissan “is committed to operating in the energy services market and is strongly placed to utilise both new and second-life EV batteries for energy storage in a way that 's commercially viable.”

Another huge consideration is the recycling process. Belgium-based company Umicore is one of the businesses already offering recycling for lithium-ion batteries. It reclaims the valuable metals using a combination of pyro and hydro-metallurgy, and while the company currently runs a pilot plant, it can still recycle around 35,000 EV batteries per year. According to a company spokesperson, Umicore “can easily scale up its recycling activities when the market grows, which we expect to happen in 2025". Even better, metals are infinitely recyclable, so they can be reclaimed from used batteries and to produce new batteries that are as good as any other.

In November 2020, Finnish company Fortum announced the development of "a new and efficient way" to recycle lithium from rechargeable batteries. Before the development, the firm was already achieving a claimed recycling rate of over 80% for lithium-ion battery materials, thanks to a low-CO2 hydrometallurgical recycling process to recover cobalt, nickel and manganese. 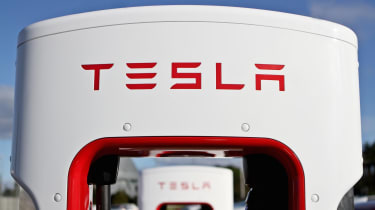 Tesla plans to recycle its batteries to the point where it hopes that the reclaimed materials would negate the need to mine new metals. Tesla CTO, JB Straubel, said that Tesla is “developing more processes on how to improve battery recycling to get more of the active materials back. Ultimately, what we want is a closed loop that reuses the same recycled materials".

One hope for the future is the sodium-ion battery, which operates in much the same way as a lithium-ion unit and is similarly recyclable. Sodium is cheaper and far more abundant than lithium, so if sodium-ion batteries can be brought up to the same performance levels as lithium-ion ones, it could be a no-brainer.

According to Peter Slater, professor of materials chemistry and co-director of the Birmingham Centre for Energy Storage, the recyclability of solid-state batteries “would present different challenges in terms of separating the components. In particular, it's likely that it would need chemical separation routes, such as those being developed through the Faraday Institution’s ‘ReLib’ project.”

Ultimately, if the appalling environmental ramifications of putting batteries into landfill aren’t persuasive enough, the cold reality is that the metals they contain – regardless of the cell technology involved – are too valuable to waste.

In the end, there will be many and varied answers to the question of “what do we do with used electric vehicle batteries?” The good news is that ecological and economic good reason are unanimous on one thing: don't put them in the ground. 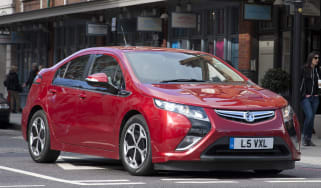 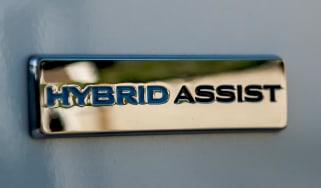