Charging your electric car with solar panels is a great way to save money in the long run. We explain why... 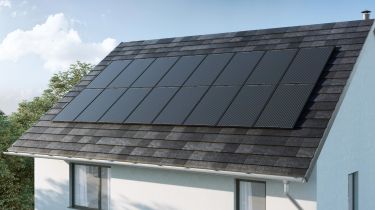 One of the big selling points for electric cars is that they’re environmentally friendly. This is true to a large extent because pure-electric vehicles produce no tailpipe emissions that harm the atmosphere.

However, the electricity they require comes from the National Grid, which in the UK is still significantly powered by fossil fuels, even though major strides have been made to reduce reliance on natural gas and, particularly, coal in recent years. In 2020, gas has accounted for around 37% of the National Grid power mix, with coal down to just 2%.

For those who want to improve their carbon footprint and save even more money with their electric or plug-in hybrid cars, there are a number of ways to ensure that the electricity used for charging comes from renewable sources. One of these is to use domestic solar panels.

How to use solar panels to charge your electric vehicle

If you have solar panels on the roof of your home, or are thinking of installing them, it’s important to note that they cannot actually store electricity. This means that whatever they generate has to be used immediately – either to power devices in your home or sold back to the grid. This power can also be stored in a solar battery, which is a device offered by a number of providers including e.on, EDF, Moixa and Tesla. 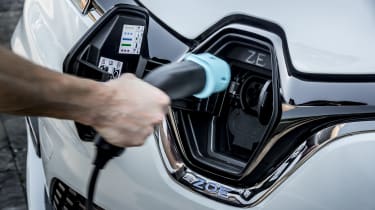 To efficiently charge an electric vehicle using solar panels, you will also have to install a home charging unit and a PV inverter unit that converts the solar energy into DC current for the vehicle. There are several of these systems available for purchase already, some of which combine both of these elements in one box. However, there's no standalone solar-powered charging system available – rather, it must be integrated with the rest of your domestic power supply system.

The costs aren’t small, though. Depending on which wallbox you buy, prices range from a couple of hundred pounds for the most basic 3kW systems, rising to close to four figures for the most advanced 22kW units.

Solar panels are expensive, too. A 1kW system with four panels taking up eight square metres costs between £1,500 and £3,000. Bigger systems cost more.

A 1kW system is estimated to generate 850kWh of energy output a year: that could fully charge the new Honda e 24 times over, which translates into some 3,250 miles of driving range. If your annual mileage is relatively low, solar panels could be a great long-term solution. It's worth noting, however, that the average domestic solar-panel installation doesn't produce enough electricity in a day to fully charge an electric car.

How long does it take to charge an electric car using solar power and what are the savings like?

This obviously depends on the amount of sunlight and the type of panels on your roof, as well as the type of wallbox charger you have. We visited one electric car owner, Warren Philips of Shoreham-on-Sea, who uses solar panels to charge his Renault ZOE. On a sunny day, the panels on his roof can generate upwards of 40kWh of electricity, enough to charge the 40kWh battery in his car.

Most electric-car charging at home happens overnight, when there’s no sun to generate free electricity. This is why it’s worth considering installing a home battery system – like a Tesla Powerwall (below) – to store the solar energy to recharge your car. 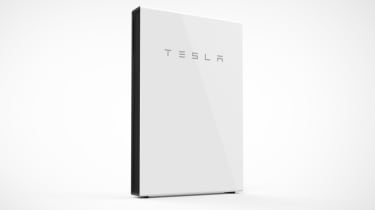 Tesla's system uses a 14kWh battery and can provide a charge of up to 7kW, or 5kW continuously. The battery can be mounted inside or outside, either on the floor or on a wall, while up to 10 can be installed together to increase storage capacity.

Similar, less high-end systems are available from a number of other suppliers: Moixa offers batteries in three capacities (4.8, 7.2 and 9.6kWh), while suppliers including e.on and first4solar.co.uk use GivEnergy batteries available in a range of capacities.

Again, this is another added expense, but in the long run the savings can far outweigh the costs. Another electric-car owner we spoke with, Warren Philips, estimated that he will be £13,000 better off in 20 years' time after installing his solar panels, wallbox charger and Tesla Powerwall. 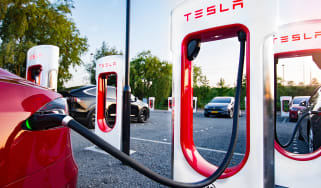 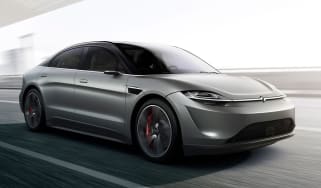 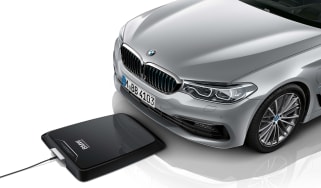 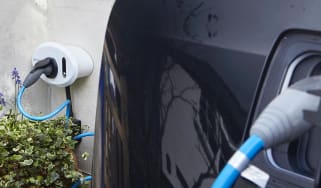