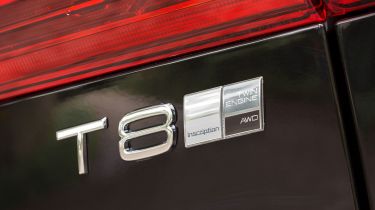 Safety and reliability have traditionally been Volvo strengths and the XC60 doesn't disappoint here.

Volvo is a relatively strong performer in our sister title Auto Express’ Driver Power owner satisfaction survey. In 2018, the brand finished 13th, which was only a mid-table result. However, it was the fifth-strongest brand for reliability and build quality.

As for the hybrid system, this setup is used by many models in Volvo's range and in the three years they’ve been on sale we’ve not heard any reports of failure. Of course, that eight-year warranty protects you if anything should go wrong with this part of the car, too.

The XC60 comes as standard with plenty of safety technology, including autonomous braking with pedestrian, cyclist and large animal detection, collision warning, a system that'll help you swerve to avoid oncoming traffic if you stray into the other lane, a system that prepares the car for a crash if it senses it runs off the road, plenty of airbags and whiplash protection for the seats.

This was enough to earn the XC60 five stars in its Euro NCAP crash test, but you can also upgrade the safety systems with the £1,500 IntelliSafe Pro package. This adds adaptive cruise control with semi-autonomous lane guidance, blind-spot warnings, cross-traffic alert and autonomous braking for when you’re in reverse.