There has been no independent crash-testing of the Porsche Panamera hybrid, but it comes with a wealth of safety technology and the brand’s reliability record is good 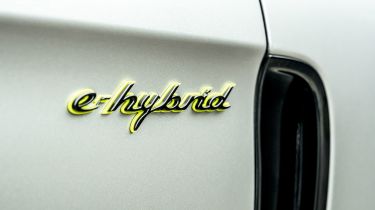 Porsche is known for building both reliable and safe cars, however the fact that it sells fewer models annually than a mainstream manufacturers like Volkswagen, means hard data on either aspect is harder to come by.

No individual Porsche model, nor Porsche as a whole, was rated in the most recent Driver Power customer satisfaction survey.

However, this is down to an insufficient number of responses from Porsche owners rather than any serious problems with reliability or the brand's aftersales services. Porsche has done well in previous editions of the survey, both as a brand and for some individual models.

However, being backed by the power of the Volkswagen Group should ensure quality and reliability is very good – and we've certainly not heard any reports to suggest otherwise.

Independent crash-testing body Euro NCAP hasn't evaluated the Panamera yet, and may not do so in view of the model's relatively small sales numbers when compared to cheaper mainstream cars.

However, we'd be confident the car will hold up well in a crash, and it also comes with a range of technologies designed to prevent one happening in the first place.

Front, side, knee and curtain airbags are all standard equipment on the hybrid Panameras, along with ISOFIX child-seat mounting points and an active bonnet that pops up to reduce the severity of an impact if a pedestrian is struck by the front of the car.