There’s not much data on Porsche Panamera E-Hybrid reliability, but there really should be more driver aids included as standard 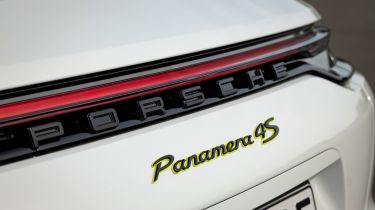 With very little data on the current Panamera 4S E-Hybrid model, it's hard to judge its true reliability prospects. Too few owners took part in the most recent Driver Power satisfaction survey for Porsche to be rated, but the brand does generally have a good reputation.

That said, we reckon it's unreasonable of Porsche to ask a lot of extra cash for certain safety functions, such as lane-keeping assistance, traffic-sign recognition and adaptive cruise control, on a car of this nature and cost.

Porsche wasn’t rated in the latest Driver Power owner satisfaction survey, as not enough owners took part. However, in previous years it has done quite well – with top 10 finishes not unheard of. It’s fair to expect high service and parts costs if anything does go wrong, but generally Porsche is thought to be one of the more reliable options in the performance-car arena.

There’s a comprehensive three-year warranty and European roadside assistance, so just be sure to maintain your Panamera properly according to the service schedule. And don’t expect parts or labour to be cheap if something does go wrong out of warranty.

The Panamera is an innately safe car given the security offered by its four-wheel-drive system and full gamut of traction aids and airbags, which includes knee airbags for both driver and front passenger, and two sets of ISOFIX child-seat anchors on the outer rear seats.

However, while you get autonomous emergency braking at city speeds, it’s a shame that you have to pay extra for lane-keeping assistance, adaptive cruise control, blind- spot monitoring and even traffic-sign recognition and a reversing camera.

Sure, you can add all of this and more, including a system that senses if the driver has become unresponsive and brings the car to a halt, and Porsche’s InnoDrive, a semi-autonomous system including traffic-jam assistance.

But this is all optional, and none of it is cheap. It'd be reasonable for a car of this nature and cost to, at the very least, come with adaptive cruise, lane-keeping assistance and traffic-sign recognition.