Land Rover's reliability record isn't the best, but the Evoque P300e hybrid does get all the latest active safety tech – on higher trims, at least 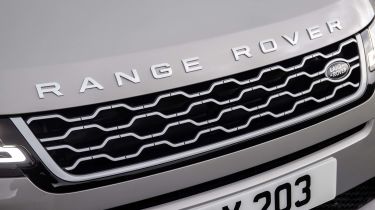 As you'll see below, the latest incarnation of the Range Rover Evoque boasts both excellent safety scores from independent crash-testing and a suite of the latest active driver-assistance systems to help avoid a crash happening in the first place. Reliability is less clear-cut, unfortunately; while the hybrid model uses all-new technology, quite a large proportion of Land Rover owners report faults in customer surveys.

No individual Land Rover or Range Rover models were ranked in the 2020 edition of the Driver Power customer satisfaction survey, as not enough owners responded for a statistically significant picture to emerge.

However, Land Rover overall was rated 25th of 30 brands ranked, with a satisfaction score of 88%. The proportion of owners reporting a fault was pretty high, though, at 33.8%, which is well above many other manufacturers, some of which have single-digit fault rates.

It's too soon to say specifically how reliable the new 1.5-litre P300e petrol-electric drivetrain in the Evoque hybrid will be, as this is the first car it has appeared in. It'll be powering several Land Rover and Jaguar plug-in models before long, though, so a picture should emerge in due course.

While there are question marks over Land Rover reliability, safety shouldn't be an issue with the Evoque, as the model overall scored 94% and 87% respectively in the adult and child occupant protection portions of the Euro NCAP crash-testing regime, on its way to a five-star overall rating.