An excellent warranty provides reassurance for Ceed SW owners, but you need the optional safety pack for the highest crash-test rating 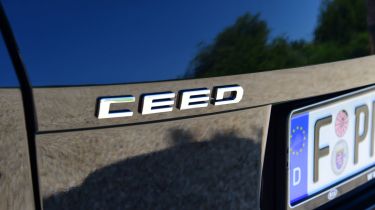 Kia has become a byword for dependability and peace of mind among UK car buyers thanks to its seven-year/100,000-mile warranty, which is still not matched by any other brand, many years after being introduced. Its results in customer-satisfaction surveys are good; the only slight cause for concern with the Ceed in particular is a less-than-perfect crash-test rating. However, this can be boosted with the addition of an optional safety equipment package.

The Kia Ceed (incorporating hatchback and estate, petrol and diesel variants) ranked a strong 18th out of the 75 models that featured in the 2020 Driver Power car owner satisfaction survey, with an overall score of 90.98%. The fault rate was about average, though, with just over 15% of owners who responded saying they'd experienced a problem.

As an overall brand, Kia did extremely well in the same 2020 survey, finishing second behind Lexus with a satisfaction rating of 90.84%. This positive customer feedback is bolstered by Kia's confidence-inspiring seven-year/100,000-mile warranty, so when it comes to peace of mind for owners, Kia is among the best.

The Kia Ceed Sportswagon PHEV gets a plethora of safety equipment as standard. In addition to the mandatory airbags and electronic stability control system, there's lane-keeping assistance, automatic high beams, driver attention warnings, hill-start assistance and a collision-avoidance emergency braking setup that can detect both other vehicles and pedestrians.

Despite all this the standard version of the Ceed only managed four out of a possible five stars in Euro NCAP crash-testing in 2019. The shortfall was mainly down to the absence of some active driver-assistance systems from the standard equipment list, such as adaptive cruise control, lane-following assistance and cyclist detection for the emergency braking system.

The good news is these can be added to the Ceed Sportswagon PHEV by specifying the £750 Advanced Driver Assistance Pack (ADAP) at the time of purchase. With this option fitted, the Ceed is elevated to a five-star car in the eyes of Euro NCAP.