Reliability and quality are Toyota Auris mainstays, and the hybrid brings extra advantages in its low running costs. Safety kit impresses, too. 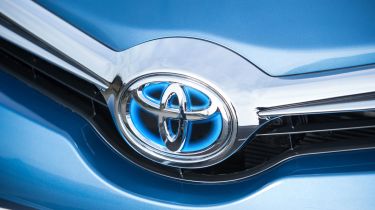 After the first Toyota cars hit British shores in the 1970s, the brand quickly made a name for itself for reliability and high-quality workmanship, if not for imaginative design or driver appeal. That reputation has endured over the years, and its cars are generally well thought of. Toyota has also made solid progress on the safety front; its cars are fitted with some of the latest collision-mitigation technology.

Toyota finished 12th out of 26 brands in our sister title Auto Express' 2018 Driver Power owner satisfaction survey, indicating mixed views about its model range. The Auris itself, though, was very well liked by owners who responded that year; it finished in 20th place out of 75 cars surveyed.

Key to its success were very high ratings for build quality, engine and gearbox, although positive sentiments about its ride and handling were perhaps a little surprising. Interior design and comfort were seen as less impressive, as were the Auris' connectivity and infotainment features. Low running costs were praised and only 8% of owners reported any faults within the first year of ownership.

Toyota is pushing to be seen as a brand that places safety high on its agenda, and it took a big step in this direction by making the Toyota Safety Sense package standard across the Auris range. This incorporates Autonomous Emergency Braking (AEB), lane-departure warning and traffic-sign recognition, as well as auto-dipping headlights. Aside from AEB, there are no autonomous driver assistance aids such as lane-keeping assistance or active cruise control.

The Auris received a five-star rating after independent crash testing by Euro NCAP in 2013, although the organisation's tests have become more stringent since then. Nevertheless, it scored 92% for adult occupant protection and 84% for the way child occupants were protected. A 62% score was awarded for driver assistance support, despite AEB having not yet become standard equipment.