As long as you opt for the mid-range Renault ZOE Iconic specification or above, you get a good array of driver aids 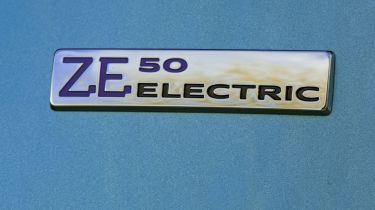 As a small and simple electric car, the Renault ZOE should be a byword for reliability – and the first-generation model seems to have been relatively trouble-free so far. That car managed five stars in Euro NCAP crash-testing back in 2013, but it remains to be seen whether this improved version will be tested again.

The ZOE has proven to be a reliable car so far. The previous-generation model was the highest-placed Renault in the most recent Driver Power owner satisfaction survey – finishing 37th in the top 75 car rundown. Owners praised the car's handling, running costs and powertrain, but criticised the interior; the new model is much improved in this area so we can expect superior scores in 2021.

Electric cars are typically very reliable, since the electric motors have far fewer moving parts than a combustion engine. Renault finished mid-table in the 2020 Driver Power survey, ranking 15th out of 30 manufacturers. While not necessarily applicable to the new ZOE, Renault owners liked their cars' sat-navs and low running costs, but said cabin quality needs attention.

In December 2019, Renault increased the duration of its standard manufacturer warranty from four to five years, with a 100,000-mile limit in years three to five, but no mileage limit within the first two years. This is a strong statement of confidence in its product, and bettered only by Kia and MG's seven-year guarantees.

This is yet another area where we recommend Iconic trim or above. While every ZOE gets airbags, an electronic parking brake and traction control, Iconic adds traffic-sign recognition (which beams the relevant speed limit onto the driver’s dials) and lane-keeping assistance.

You have to go for top-spec GT Line to get autonomous emergency braking, though, which is disappointing, since most rivals get it as standard regardless of trim. And we've had reports that it'll be mid-2020 before even GT Line cars get it.

While you do get a distance warning to tell you if you’re too close to the car in front, you don’t get adaptive cruise control or the semi-autonomous driving modes that the Nissan Leaf and Peugeot e-208 offer.