Strong crash-test scores and a long warranty are plus points here; Clio hybrid owners should have little to worry about 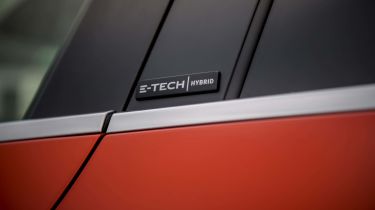 The Clio is certainly a safe car, as borne out by its recent five-star Euro NCAP rating. Renault’s convinced that it’ll be reliable, too, as it has now given all of its new cars a five-year/100,000-mile warranty as standard.

It'll only be possible to judge the Clio’s reliability when it’s been on the road for a while. Renault as a brand came 15th out of 30 manufacturers in the 2020 Driver Power car-owner satisfaction survey, with strong showings for running costs, affordable servicing and insurance in particular. Overall, 18.7% of owners experienced one or more faults within the first year and the previous-generation Clio came 67th out of the top 100 models.

The latest Clio passed Euro NCAP crash-testing with flying colours in 2019, racking up the full five-star overall rating as well as a near-perfect 96% result for adult occupant protection, which is very reassuring. All Clio models get six airbags and two sets of ISOFIX points in the back seats, as well as nifty child locks that you can switch on and off using a switch in the driver’s door.

Autonomous emergency braking that can sense a pedestrian or cyclist is standard, as is lane-departure warning and traffic-sign recognition that shows you what the speed limit is on the driver’s display. Automatic-gearbox Clio models, including the E-TECH, are offered with a semi-autonomous driving mode that allows the car to steer itself to stay in lane and keep its distance from the vehicle in front on motorways or in heavy traffic.