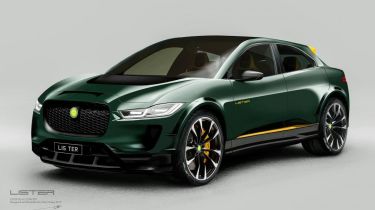 Lister, the British tuning brand known for producing modified and more powerful versions of Jaguars, has revealed its 'SUV-E' concept: its take on the Jaguar I-Pace electric SUV.

A carbon-fibre front bumper with new cuts is said to boost both aerodynamic and cooling performance, while carbon fibre has also been used to produce the kit's front splitter, bonnet, rear bumper, rear spoiler and rear splitter.

Inside, there's a custom Nappa leather interior, with a choice of 60 different leather colours and 200 different stitching colours being offered to customers. Exterior colour is also up to buyer – any colour can be requested. 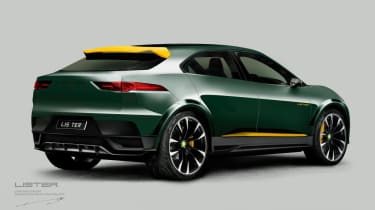 No physical changes are made to the car's drivetrain, although Lister says a software update can be performed to boost maximum power and bring the 0-62mph time down to an estimated four seconds, from the standard car's 4.8.

There's no word as yet what effect this has on range.

A price of around £125,000 is expected for the Lister I-Pace, but whether it actually goes into production will depend on customer demand, the company says.