MINI could go fully electric by 2030 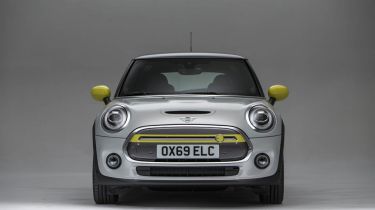 British car brand MINI could be transformed into an electric-only car manufacturer as early as 2030, according to a senior figure.

Peter Schwarzenbauer, the member of parent company BMW’s board of management responsible for overseeing MINI, says the growth of low-emission zones in major cities could entice the firm to ditch petrol and diesel engines for good.

Earlier this week, the brand revealed the MINI Electric - it’s first pure-electric production car - with a range of 124 miles and a starting price of £24,300.

Schwarzenbauer explained that adding a plug-in hybrid powertrain to the MINI Countryman had shown that electrification was “the right way to go” but that small cars would require a focus on emission-free driving.

“Step by step we electrify the MINI line-up completely - this fits perfectly with the brand,” he continued. “If you have in the automotive industry one brand which you can call urban it is MINI”.

MINI says 40,000 potential customers have already registered their interest in the MINI Electric online, with Schwarzenbauer claiming he “hadn’t seen anything like it” before. “I feel the best times for MINI are yet to come,’ he added.

The move to exclusively battery-electric cars isn’t likely before 2030, with long range expected to be a priority for customers for the foreseeable future.

“The trend to becoming fully electric is totally clear, but what is the right path?” Schwarzenbauer said. “We invested a lot of money to make our production lines much more flexible.”

The Government has pledged to ban the sale of pure petrol and diesel vehicles by 2040, although hybrids are set to be exempt.

BMW and MINI are working to introduce carbon-neutral production lines by 2020, in a similar fashion to that championed by the forthcoming Volkswagen ID.3 hatchback.