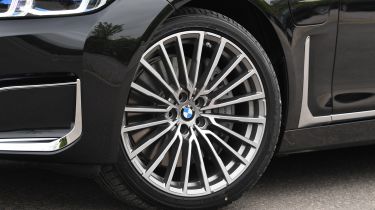 The BMW 7 Series hybrid has yet to be crash-tested by Euro NCAP, meaning there’s no crash-test data available to compare it to other models. However, there’s nothing to suggest that it would be unsafe in the event of a collision, or unreliable in the long-term.

BMW finished a poor 27th out of 30 manufacturers surveyed in the 2020 edition of the Driver Power survey, published by our sister title Auto Express. This suggests BMW customers aren’t always entirely satisfied, although it’s hard to apply a carmaker’s overall score to an individual car.

There are no common faults or issues known to arise on the BMW 7 Series hybrid. As you’d expect on a German-made, premium vehicle such as this, build quality is extremely high throughout.

The 745e comes with various safety features as standard, although some of the more advanced systems come with BMW’s Technology Package, which costs in excess of £3,000.

ABS, cruise control with automatic braking, adaptive LED headlights and tail-lights, plus high-beam and parking assistance systems are all included on the 7 Series hybrid. All passengers get airbags, too, with ISOFIX child-seat mounting points also featuring.

The Technology Package adds remote control parking, a head-up display, lane-departure and front collision warning systems, as well as speed-limit assistance, which automatically adapts the cruise control to the speed limit on any given road.

Other safety systems – such as crossing traffic warning and rear collision prevention – are also included in the Technology Package bundle. It’s just a shame it commands such a pricey premium.