We know electric cars are environmentally friendly, but there are other advantages to enjoy when you make the switch 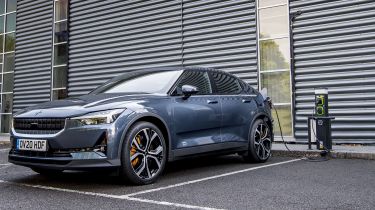 The benefits of electric cars go much further than just a lack of harmful exhaust emissions – although that is of course a huge boon, and the main reason governments around the world are pushing for the full transition from internal-combustion to battery power to happen as soon as possible.

Knowing they're not contributing to local air pollution certainly makes people feel better about using their car to get around, but as most owners of electric vehicles have come to realise, there are myriad other advantages that zero-emissions cars have over their petrol and diesel counterparts.

Here, we've summarised the main plus points that come with owning and driving an electric car. 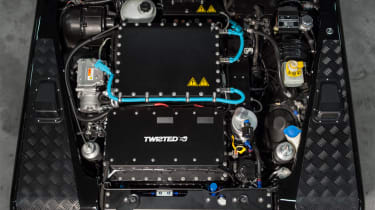 The electric motor and battery combination used to power electric cars is much simpler and has far fewer moving parts than a conventional petrol or diesel engine. This means there's a lot less that could potentially go wrong and much less maintenance and replacement of parts needed due to wear-and-tear. Electric cars often don't need to be serviced as frequently as combustion-engined cars, keeping running costs low for owners. 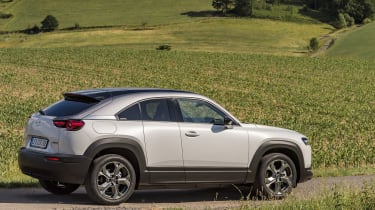 2. Electric cars are better for the planet

This is the obvious and most important benefit of electric cars: with no exhaust emissions whatsoever, electric cars do not contribute to local air pollution that can cause health issues in the population and damage the environment as a whole. Of course, electric cars are not completely pollution-free; manufacturing them does generate some CO2 emissions and the amount of CO2 they generate in use depends very much on how the electricity used to charge them was generated.

But progress is being made in these areas: manufacturers are increasingly pursuing carbon-neutral production by using renewable energy to power their factories, incorporating sustainable materials into their cars and offsetting emissions in cases where completely eliminating them is not yet possible.

Electricity generation is getting greener all the time, too: the proportion of energy generated from renewable sources is at an all-time high in the UK, and the country frequently goes for long stretches without generating any power from coal-fired plants at all. Electric-car owners can also choose a 'green' electricity tariff for their home, which guarantees the energy they're being supplied is from renewable sources, and many charging-point operators guarantee green power, too. 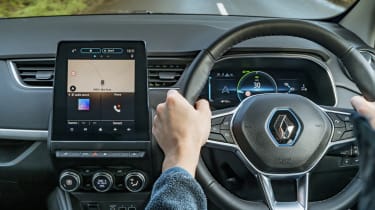 3. Electric cars are quiet and relaxing...

One of the first things anyone new to electric cars will notice is their near-silent nature. There's some road, wind and tyre noise, of course, but the engine noise familiar to drivers of petrol and diesel cars is absent. Electric cars have no gears either, so both speeding up and slowing down are smooth and progressive actions.

Electric-car drivers find that all this combined can lead to a calmer and more relaxed frame of mind when behind the wheel – and taking it easy also makes sure you get the most possible range from your car's battery! Another unexpected upside of electric cars' quiet nature for those who enjoy listening to music or podcasts on the move: you don't have to turn up the volume as much to drown out engine roar. 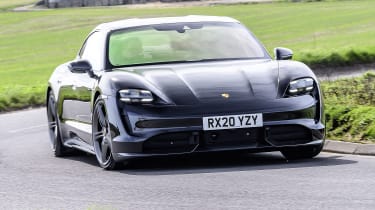 Electric cars don't mean the end of driving fun. While it's entirely possible to enjoy the laid-back, relaxing driving experience described above, you can also prod the accelerator and enjoy the instant power delivery of electric motors, made famous by numerous YouTube 'reaction clips' of drivers shocking their passengers with sudden acceleration. Models like the Tesla Model S and Porsche Taycan (pictured above) offer supercar-like acceleration.

And while electric cars do tend to be heavier than those powered by petrol or diesel, the bulk of their weight is stored low down in the chassis; battery cells can be arranged to optimise weight distribution, rather than all the weight being together in a large engine block. This results in balanced and predictable handling on track or on a twisty road. 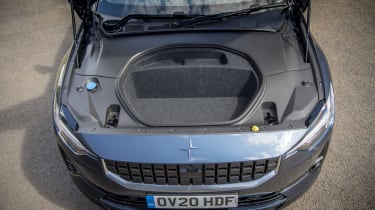 Although electric cars need to allow a significant amount of space for battery cells, by their nature they can be laid out flat in the base of the car (sometimes referred to as a 'skateboard' layout). This, along with the absence of a bulky engine and transmission, can pay dividends for interior space. Several electric cars have luggage areas at both the front and rear (the former sometimes referred to as 'frunks') and there tends to be more legroom for occupants, due to the lack of a transmission tunnel running down the centre of the car.

Another practical aspect of electric cars – for those with the ability to charge at home, at least – is that you never have to make a special trip or unplanned detour to fuel up. Charging at home from a wallbox in your garage or next to your driveway means you start every day with a 'full tank of fuel'. Unless you're planning a long-distance trip that needs rapid charging en route, you'll never have to factor a visit to the local garage forecourt into your daily motoring routine. 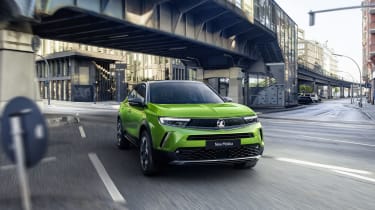 6. Electric cars are cheap to own and run

This is another commonly known aspect of electric-car ownership, but it can be surprising just how many ways electric cars save you money, beyond the simple fact that domestic electricity is a lot cheaper than petrol or diesel. In the UK, electric cars (of any price) are currently completely exempt from VED (Vehicle Excise Duty, also known as road tax) – a cost that can run from £140 to £475 a year for drivers of hybrid, petrol or diesel-engined cars.

And during the 2020-21 financial year, those running an electric car as a company car pay no Benefit-in-Kind (BiK) tax. Zero-emissions cars are also exempt from the £15 daily London Congestion Charge until 2025, and are likely to be allowed in any other low or zero-emissions zones introduced in UK cities in the coming years.