What to do if you receive a speeding fine or Notice of Intended Prosecution, how much you have to pay and what happens if you contest it 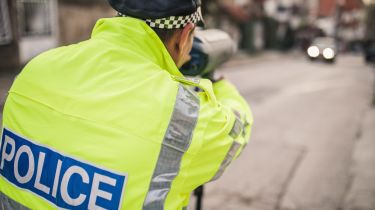 As well all know, it’s easy to drift over the speed limit unintentionally. And as electric cars are quieter and generally accelerate faster than the equivalent petrol or diesel car, it’s especially easy to break the speed limit in one.

It used to be that you’d either be pulled over by a police officer for speeding, or see the familiar double flash from a speed camera. But with fewer police on the road, and camera technology getting more sophisticated (average speed cameras, for instance, don’t flash), the first time you’re likely to notice is when you get a Notice of Intended Prosecution (NIP) through your letterbox.

What is a Notice of Intended Prosecution?

An NIP is a letter that should arrive within 14 days, alleging you of the offence. You need to fill in and return Section 172 within 28 days. You'll then be sent a fixed penalty notice or a letter summoning you to court.

How much is a speeding fine?

In April 2017, the Government changed the sentencing structure for fines, but the law remains the same. If you plead guilty, you have to pay a minimum fine of £100 up to a maximum of £1,000 (or £2,500 if you were driving on a motorway). You’ll also have at least three penalty points added to your licence.

Speeding fines are now categorised according to severity and sit in bands, with A being the least severe and C the most. Accordingly, depending on how much you exceeded the limit, you’re likely to be given a fine that’s based on a percentage of your weekly income. At the very least, this will be 25%, rising to 175% for the most serious infractions.

The amount of points you receive and length of driving ban increases with the bands, too. The following table sets it all out.

You may, however, be given the option to attend a speed awareness course if you haven’t been on one before, or if it has been more than three years since your last visit. The speed awareness costs about the same as the fine, but you won’t get points added to your licence.

You can pay your fixed-penalty notice online or by post. Penalty points are valid for three years, but stay on your licence for four. If you build up 12 points or more during a three-year period, you’re likely to face a period of disqualification from driving. New drivers who passed their test within the previous two years need only accumulate six points before their licences are revoked. 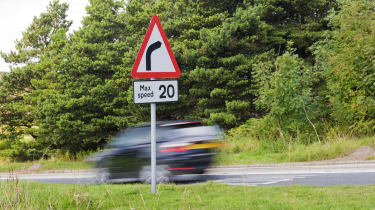 What if I contest the speeding offence?

If you plead not guilty, you’ll have to go to court to contest the offence. If you’re found guilty, you may receive a bigger fine and more penalty points, so think carefully if you don’t think you can justify the reason for speeding. Quiet roads, good weather and not realising you were going that fast are not reason enough to get off a ticket.

When to contest a speeding ticket

There may be mitigating circumstances or technicalities for persuading a judge to not impose a fine, points or a ban. But it would be worth investing in legal advice before you do plead not guilty. Some avenues of defence include medical emergencies, that the alleged speeder wasn’t driving, the road signage was missing or incorrect, the NIP has missing or incorrect information, or the speed-measuring equipment was not calibrated correctly.