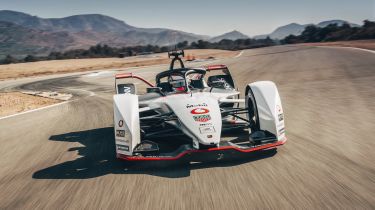 Porsche has taken the wraps off its challenger for the upcoming 2019/20 Formula E season, dubbed the 99X electric.

The single-seater electric car uses the same bodywork and Williams Advanced Engineering battery as the rest of the field, but with an electric motor developed in-house by Porsche.

Porsche works drivers Neel Jani and Andre Lotterer – who previously raced the marque's 919 Hybrid LMP1 car at Le Mans and in the World Endurance Championship – will form the line-up for season.

The duo participated in a 'digital reveal' of the car on the online gaming service Twitch, taking instructions from gamers who directed them where to find the car in the headquarters of Porsche Digital.

Elsewhere, Pascal Zurlinden, the director of GT motorsport for Porsche, will become director of factory motorsport for the brand, adding responsibility for Formula E to his portfolio. He will report to the vice president of Porsche Motorsport, Fritz Enziger.

Porsche says its engineers were able to apply knowledge gained from the 919 programme to developing the 99X's drivetrain, which will use the same 800-volt technology as the forthcoming Porsche Taycan road car.

According to Malte Huneke, Porsche's Formula E project leader: "in hindsight, we laid the foundations for Porsche’s future involvement in Formula E during the LMP1 project. We used the insights gained during that time in the development of the Porsche Formula E powertrain.

"In addition, energy management and efficiency are the keys to success in both Formula E and series production. This is where the permanent synchronous motor comes into play which has an important role in optimising the drive concept.

Amiel Lindesay, Porsche's Formula E head of operations, added: "We are very pleased and are optimistic going into the final preparations for the first race."

The 99X will make its first official appearance at pre-season Formula E testing in Valencia, Spain in October. The season then kicks off in Ad Diriyah, Saudi Arabia, in November. For more on Formula E, check out our full guide to the sport. 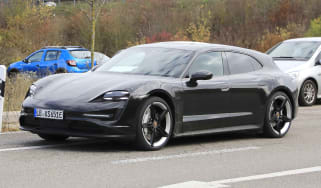