AIWAYS U5: electric SUV now open for orders in Europe

China's AIWAYS U5 electric SUV is now open for orders in the European market, with deliveries expected by August 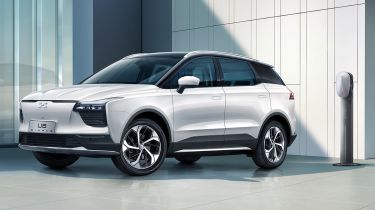 Chinese electric-car company AIWAYS is to begin taking orders for European sales of its U5 electric SUV from the end of April. Around that time, an exact list of countries where the car will initially be offered, as well as the exact deposit amount needed to secure one, will be confirmed.

AIWAYS has also restarted production at its factory in Shangrao, China, following a shutdown necessitated by the coronavirus outbreak. It expects to deliver the first U5s to the European market by August 2020.

The final production version of the U5 was scheduled to appear at the Geneva Motor Show in March 2020, before the event was cancelled due to coronavirus. The U5 is set to go on sale initially in left-hand-drive European markets only; there are currently no plans to produce a right-hand-drive version for the UK.

It's being pitched as a more affordable alternative to the Audi e-tron, Mercedes EQC and Tesla Model X. It boasts a claimed range of around 285 miles and a power output of 185bhp. It'll also come with an 'artificially intelligent' battery back, which AIWAYS says will be capable of extending range by over 60 miles.

AIWAYS is emphasising the U5's safety credentials; it achieved a five-star rating in Chinese crash tests and is intended to be one of the safest mid-size SUVs on the European market when it goes on sale. It also comes with modern active safety systems such as traffic-jam assistance, automatic parking, driver fatigue monitoring and lane-keeping assistance. Inside, there'll be a 'tri-fold' digital instrument housing and 12.3-inch infotainment screen.

In late 2019, a pair of prototype U5s completed a 9,300-mile road trip from Xi'an in China to Frankfurt in Germany, picking up a Guinness World Record for the longest journey by a prototype electric vehicle in the process.

The trip began in Xi'an on 17 July and ended in Frankfurt on 7 September to coincide with the start of the city's motor show. During the 53-day drive, the pair of development cars passed through 12 countries, including China, Kazakhstan, Russia, Finland, Norway, Sweden, Denmark, the Netherlands, Belgium, France and Switzerland. 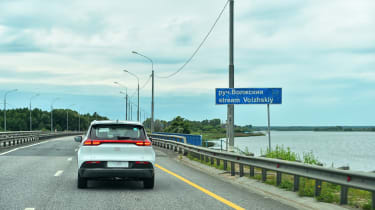 Over two-thirds of the route was on unpaved or broken roads and temperatures hit 35 degrees Celsius. They crossed the Gobi Desert, traversed the Kazakh Steppe and Southern Ural Mountains and passed through northern Scandinavia, places where conventional charging points were few and far between. The team had to top up with electricity from hotels and service stations en route, as well as charge the cars up overnight on slow, low-voltage supplies.

Alexander Klose, executive vice-president, overseas operations at AIWAYS, commented: "This world record represents a monumental achievement for our engineers. They have developed a fully electric SUV that’s capable of travelling hundreds of kilometres between charging in some of the most challenging terrain and remote areas.

Engineers on the drive were in daily contact with company headquarters in Shanghai, sharing data and diagnostic information so that the software in each car could be tested and improved in real-time. They carried out frequent updates to the on-board software throughout the drive to ensure maximum compatibility with different charging standards and voltages in different regions. 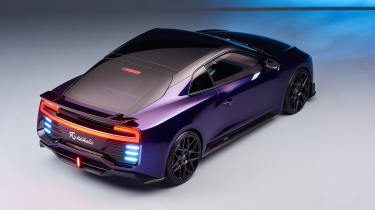 The U5 was one of two models from AIWAYS displayed at the 2019 Geneva Motor Show: the other was a methanol-electric supercar co-developed with engineer Roland Gumpert, the man behind the Gumpert Apollo.

The supercar is dubbed the 'Nathalie' and uses methanol to generate electricity, in similar fashion to a hydrogen fuel-cell car like the Toyota Mirai. It'll have four separate electric motors and a pair of twin-speed gearboxes.

AIWAYS is claiming a power output of nearly 800bhp for the car, giving a 0-60mph time of under 2.5 seconds a top speed of more than 190mph. It should also be capable of travelling nearly 750 miles between refuelling.