Hyundai has taken the wraps off its latest Kona Electric SUV, a facelifted and improved version of the outgoing car. It's set to go on sale in early 2021.

The same choice of two powertrains remains: either a 134bhp motor with 39.2kWh battery or a 201bhp motor with 64kWh battery. The former has a range of 189 miles, the latter 300 miles – both unchanged compared to the previous car. Fast charging is supported at up to 100kW for an 80% charge in 47 minutes.

Chief among the Kona's upgrades is a new look that's intended to set it apart from its petrol-powered stablemates. There's no need for airflow to radiators, so there's a new smoothed-off front end, while new bumpers feature front and rear, along with new LED headlights.

The car also loses its contrasting plastic moulding in favour of body-coloured panels, and there are now 10 exterior colours to pick from, up from five for the outgoing model. 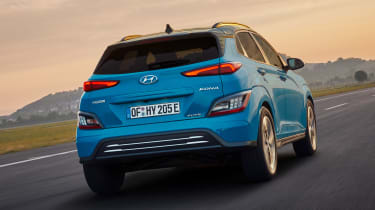 Changes inside aren't quite as drastic, limited largely to new 10.25-inch digital dials that join the existing 10.25-inch infotainment system. Ambient lighting has been added to lift the interior, along with a couple of new upholstery options.

Facelifts these days almost always involve the addition of new and improved safety technology and this Kona update is no different; the car now gets blind-spot monitoring, rear cross-traffic assistance and a system that warns occupants if they're about to open their door into oncoming traffic.

Prices for the updated Kona Electric haven't been released yet, but you can expect a small increase over the current model, whose prices start at just under £30,000 and climb to a shade over £38,000.

The updated Kona car will take the fight to rivals including the Peugeot e-2008, Vauxhall Mokka-e and the Kia e-Niro – a car the Kona shares its underpinnings with. 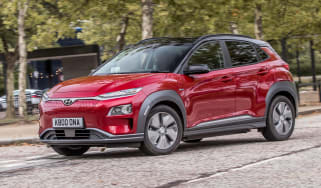 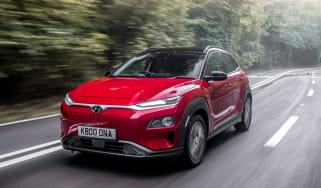 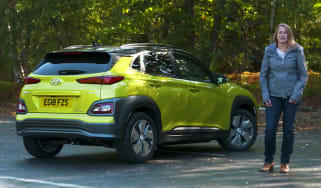