The plug-in BMW X1 is safe and should be reliable, but you'll have to pay extra to get all the active safety equipment you'd like 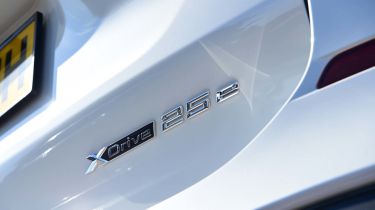 While the plug-in version of the X1 hasn't been on sale long enough to display any known issues, the model has been available with conventional petrol and diesel engines for some time. Similarly, while the plug-in model hasn't been crash-tested in isolation, the standard car has already been rated by Euro NCAP with great results.

The BMW X1 featured in the 2020 Driver Power owner satisfaction survey, but the results weren't entirely convincing: a 58th-place finish out of 75 cars is poor. Hefty up-front and running costs were a major factor in this result, as were low scores for front-seat comfort (the lowest in the survey) and an uninspiring driving experience. The good news is that the average share of owners reporting a fault with their X1 was only just above average, at 16.7%.

The X1 achieved a full five-star rating in its Euro NCAP crash test in 2015, with an impressive 90% score for adult occupant protection and 87% for children.

For a fuller list of active safety and driver assistance kit, you'll have to tick a few option boxes: namely, Tech Pack (which adds adaptive LED headlights and a reversing camera), Tech Pack II (which brings a heads-up display), and Driving Assistant Plus (which comprises adaptive cruise control, lane-departure warning and a number of other systems that manufacturers like Volvo often include as standard on higher trim levels).