Crash safety is good for occupants, and BMW ranks decently for reliability 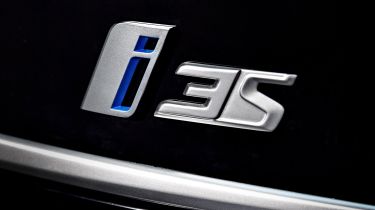 Euro NCAP awarded four stars out five to the BMW i3 when it was crash-tested, but the weaknesses were around pedestrian safety and not the protection afforded to occupants. The test was conducted back in 2013, however, and the criteria are toughened up all the time, so the i3's score is no longer directly comparable to those of more recently introduced and tested models.

The i3 sold in too few numbers to make it into the 2020 edition of the Driver Power customer satisfaction survey, published by our sister title Auto Express, as a standalone model.

However, BMW came a disappointing 27th out of 30 manufacturers rated in the survey for overall customer experience and reliability. In spite of its futuristic appeal, the running gear of the electric i3 is quite a lot simpler than a conventional internal-combustion-engine car, with fewer moving parts, so it should prove more reliable than a petrol or diesel car. Accident damage can be tricky and expensive to fix, however, due to the expensive materials used in its production.

In October 2020, aftermarket warranty provider WarrantyWise released data that showed that the i3 was had a repair percentage of 18% against all of its active warranties – lower than the best-performing internal-combustion BMW on its books, the BMW 1 Series.

The BMW i3’s four-star Euro NCAP rating (achieved in 2013) is disappointing, but it’s not down to any concerns over how occupants are protected in a crash. Adult occupant protection was rated at 86% and protection for children received an 81% score, but pedestrians don’t come off terribly well, with the i3 rated at 57% for how it protects them in the event of an impact.

The safety kit list on the BMW i3 includes six airbags as standard, and of course you get electronic stability control, too. However, you need to pay an extra £800 for the Driver Assistance Plus package. It’s a worthwhile addition, though, as it gives you adaptive cruise control and traffic-jam assist, which steers and brakes for you at low speeds.