Six ways to get the best range from your electric car

Ever wanted to know how to get more mileage from a charge? Here's how 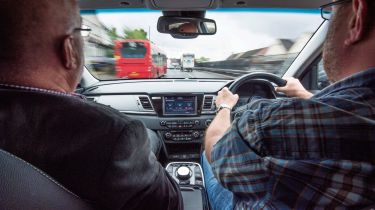 Whether you’re new to the world of electric cars and plug-in hybrids or are a seasoned pro, you’ll probably have paid careful attention to your car’s range. How far your car can go is governed by a number of factors; some you can control, but some you can’t.

Ambient temperature plays a big part – batteries are more willing to give up their power without a fight in warmer weather, and you could find the difference in range between a hot and a cold day could be more than 20 miles.

But the biggest factor affecting your car’s range is driving style – particularly how you use your car’s regenerative braking system. To find out more, we spent a morning with Tim Shallcross, head of technical policy at IAM Roadsmart, who knows a thing or two about driving efficiently.

His advice couldn’t be clearer: don’t touch the brake pedal unless it’s unavoidable. Look ahead and anticipate.

Tim explained that the two biggest challenges are for drivers to fully understand how their car works, and use that knowledge to employ the regenerative brakes most effectively. To demonstrate the size of the task, we spent a great deal of time nosing through our Kia e-Niro owner’s manual. It’s not a small task, as the book runs to several hundred pages, but the results were worth the work. 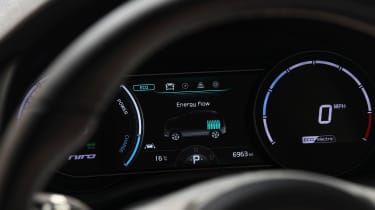 What’s not clear straight away is that the e-Niro has two types of regeneration, each with three modes. One adjusts the ‘passive’ regeneration as the car naturally decelerates, the other controls ‘active’ regeneration. This system allows you to pull on a steering-wheel-mounted paddle to stop the car completely for what Kia describes as ‘one-pedal driving’.

You might think that it’s best to put everything in the most aggressive setting and leave it. Not necessarily so, thinks Tim. While that’s perfect for urban streets – such as our central London test route where heavy braking is often required at junctions or crossings – it’s more important to keep a constant speed on faster or more free-flowing roads. Here, a lighter touch could yield better results.

It’s for that reason that Tim recommends using cruise control as much as possible. Once again, that’s not necessarily a one-size-fits-all approach. He says that if your car has adaptive cruise control, you may be better off switching it off and reverting to the car’s regenerative brakes when required.

Using the car’s regenerative brakes over the traditional ‘friction brakes’ has other benefits, too. It puts less wear on the brake parts, meaning they’ll last longer, plus it reduces the amount of particulate matter emitted into the air from the brake pads.

We spent several hours with Tim, covering 28 miles in a mix of congested town and reasonably flowing A-roads. While the test was far from scientific, and subject to many outside factors, the car’s estimated range was reduced by just 16 miles. The results were mightily impressive, and Tim reckons a 10% boost in total range is possible with care. 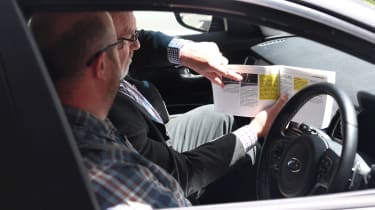 - Understand how your car’s regenerative braking systems really work, and spend time testing them out on a variety of roads.

- Anticipate the likelihood of having to stop suddenly, and use the regenerative brakes as much as possible. Think of using the brake pedal as costing you both momentum and money!

- Use cruise control as much as possible on clear roads, but don’t rely on it when traffic gets heavier. Better anticipation means you can use the regenerative brakes to slow more gently; adaptive cruise control systems tend to brake more heavily.

- Set your car’s sat-nav to recognise your home or regularly-used public chargers. This will allow your car to pre-heat the battery, extending your car’s range and battery life.

- Reduce your car’s weight by taking rarely used items out of the boot. And check your tyre pressures often.

What about increasing PHEV range?

The good news is that all this advice applies to owners of plug-in hybrids as much as electric cars. Tim even goes as far to say that the most committed PHEV owners could fully recharge their battery just by using their regenerative brakes.