The NIO ES6 is the company’s third production model, but it won’t be coming to the UK 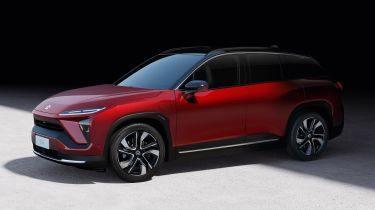 Chinese startup NIO has revealed the ES6, its latest electric SUV for customers in China following the launch of the larger ES8 SUV and EP9 performance car.

Using the same platform as the seven-seat ES8, the five-seat ES6 will hit showrooms next year, with prices starting at around £41,000 (358,000 Yuan) for the entry-level Standard Edition.

A Premier Edition – limited to 6,000 models – and a Performance Edition will also be available. These will be delivered first, with the former arriving in the first quarter of 2019 and the latter in the second. NIO says the Standard Edition variant will follow in the third quarter.

The mid-range and top-spec cars will feature a 215bhp electric motor driving the front wheels, with a more powerful 322bhp motor stepping in to drive the rear wheels when more performance is required.

Buyers can choose either a 70kWh battery, or a new 84kWh unit that should return around 310 miles of range.

Meanwhile, the base-spec ES6 will feature a less powerful setup, capable of 0-62mph in 5.6 seconds.

A body made from aluminium and carbon-fibre helps keep weight to a minimum, and features such as active suspension, Brembo brakes and Pirelli P-Zero tyres all help the ES6 achieve its impressive performance figures. 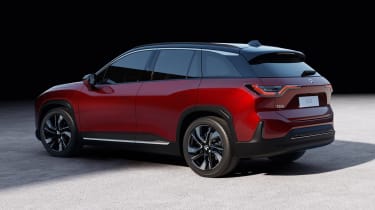 However, NIO is also keen for customers to see the ES6 as a “sophisticated mobile living space”, and to that end it has included an 11.3-inch infotainment system, optional high-end interior materials such as Nappa leather for extra comfort, plus several active safety systems to make life on the move easier.

The ES6 also features what NIO claims is the world’s first in-car artificial intelligence system, which controls everything from the radio to the doors, the sat nav and even the windscreen wipers.

Over-the-air wireless updates are also planned, with a system that allows the ES6 to be summoned remotely – with no driver on board – in the pipeline.

The NIO ES6 isn’t coming to the UK, although the company has plans to begin sales in Europe and in the US at some point in the future.