Updated range figures for the Kia e-Niro and Hyundai Kona have been issued, following an error by an external testing agency 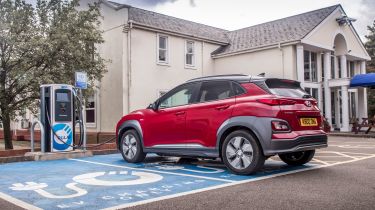 New, government-implemented range, economy and emissions tests known as WLTP became obligatory for manufacturers from September 2018, and are intended to be more real-world relevant than older test cycles. But the independent organisation responsible for running the tests on the Hyundai and Kia electric cars “approved an incorrect testing methodology,” according to an official release.

The cars were tested for too long on an urban cycle, and these corrections are a result of re-testing them with the correct mix of town and motorway conditions. 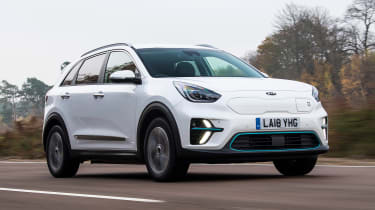 DrivingElectric has already tested the Hyundai Kona Electric 64kWh and the Kia e-Niro, and has found that both can achieve 250-260 miles in a real-world mix of driving.

So while the drop in official claims is a disappointment, the Hyundai Kona and Kia e-Niro are still seriously competitive next to rivals like the Nissan Leaf and BMW i3, and remain our favourite pure-electric family cars.

Click here to see full pricing and specs for the Kia e-Niro, and to find out why it’s DrivingElectric’s 2019 Car of the Year.