More charging stations than petrol stations in the UK

Over 9,000 electric-car charging stations now in place around the country 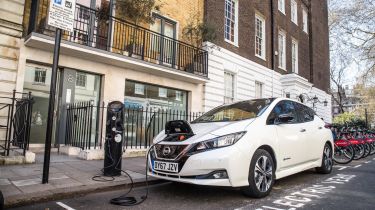 There are now more electric-car charging locations than there are petrol stations in the UK, according to data sourced by Nissan from the Energy Institute and the online charging-point map Zap-Map.

In 2012, the first year for which data was available, there were 913 charging points in the UK. But since then, that number has increased tenfold to 9,199 at the beginning of August 2019. That compares to 8,396 conventional fuel stations at the end of 2018.

Nissan says it had predicted the 'crossover' of charging point versus fuel station numbers would happen in late 2020, but it has actually come to pass over 12 months ahead of that estimate.

The contrast is particularly stark in central London, where massive development in recent years has left just four filling stations in the Congestion Charge zone, while Transport for London has installed over 1,000 charging points in the capital in the last year alone.

"The next challenge is for charging infrastructure to keep pace with the number of EVs on the road, and that the experience of recharging is as enjoyable and effortless as that of all-electric driving."