What Makes A Style Icon? 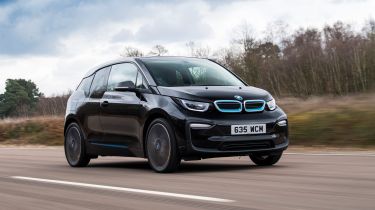 BMW is rightfully considered one of the giants of contemporary car design. From the iconic ‘kidney’ grille to its intuitive iDrive infotainment system, form and function have gone hand-in-hand for BMW since the company first opened its doors over 100 years ago.

Never was this truer than with the inception of BMW’s i brand. Mixing razor-sharp design with the latest electric technology for zero driving emissions, the i3 is a key element in BMW’s vision for the future of mobility.

Today, the eye-catching electric car continues to turn heads; its dashing design holds its own alongside models costing four or five times as much. But what makes the i3 such a style icon? We turned to Auto Express’ experienced test team for some insight into the design of BMW’s iconic electric car.

By designing the i3 to be electric from the outset, it was necessary for BMW to rethink exactly what a car looks like. While style is subjective, road-test editor Sean Carson is a fan of the model’s approach to design.

“The upright but smart design wasn’t dictated by the conventional combustion-engined-car constraints, so it looks as individual today as it did when it launched. It clothes an advanced carbon-fibre body that helps keep weight down – allowing it to drive just as any BMW should.”

By using advanced materials and production technologies, BMW has ensured the i3’s handling is as sharp as its styling; both inside and out. 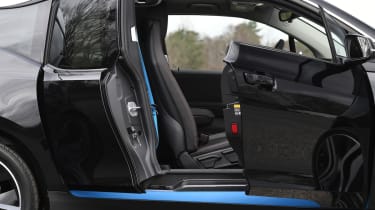 For a design professional’s take on the i3’s interior and exterior design, we turned to Auto Express art director Darren Wilson, who has worked in the industry for more than 20 years. “BMW looked back in order to move forward when designing the original i3,” Darren said. “The interior took elements of timeless mid-century furniture design and applied them to the i3’s interior space; giving a light, stylish, sitting room-feel.” “The mix of curved wood set against light-coloured cloth feels premium, while the expanse of glass gives a light and airy mood. Accessibility is afforded by the pillarless doors, which make the interior as welcoming now as it was revolutionary when the car launched.”

But in this day and age, even electric cars need to go above and beyond to satisfy increasing environmental concerns. The question ‘what makes a style icon’, therefore, isn’t as simple as its once was. Yet once again, the answer can be found in technology and design; the car’s frame is constructed from ultra-lightweight carbon-fibre, with strands 10 times finer than human hair. The result is a core that’s not only lighter than steel, but stronger, too – helping increase safety while also making the i3 more agile and cheaper to run. Furthermore, every i3 is manufactured using electricity generated from wind power. 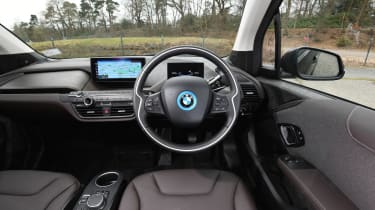 The result is a core that’s not only lighter than steel, but stronger, too – helping increase safety while also making the i3 more agile and cheaper to run. Furthermore, every i3 is manufactured using electricity generated from wind power. BMW’s beauty goes more than skin deep, therefore, as Auto Express deputy editor John McIlroy touches on: “There’s definitely something to be said for style for style’s sake – but letting form follow function has the power to create a design icon.” From the outset, the i3’s basic architecture was divided into two individual entities: the suspension, drive components and battery were located in the lower section, allowing the interior to sit separately, giving maximum flexibility to the driver and passengers.

In every BMW i3, you’ll find 27 recycled plastic bottles, as well as natural wool seats that have an ‘active climate’ quality. They trap cold air in the summer and retain warmth in the winter. Vicky Parrott, associate editor of Auto Express’ sister site DrivingElectric, has admired the BMW i3 since it launched: “The i3 isn’t just a great piece of design,” she said. “It showed an understanding of the car market and where it was headed.” 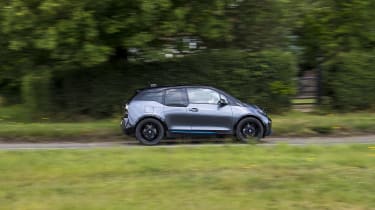 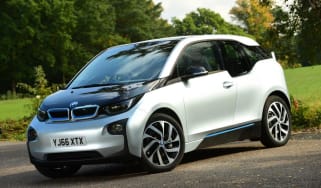 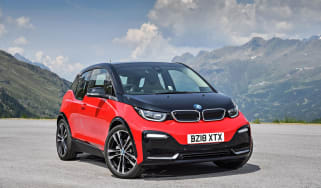