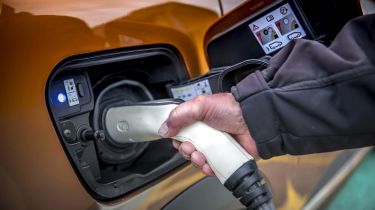 As one of the smallest – and therefore lightest – plug-in hybrid cars around, it's not much of a surprise that the Captur E-TECH boasts impressive fuel-economy and CO2 emissions figures. As is always the case with plug-in hybrids, getting close to these claimed figures requires starting off with a fully charged battery.

On paper, however, the E-TECH is the most efficient car in the Captur range – but then again, it does cost more to buy and insure than the petrol or diesel variants, so real-world overall savings will depend heavily on how much time you spend using pure-electric power, as well as your total mileage. It's worth doing the sums to figure this out. It's a no-brainer for company-car users, however.

The Captur E-TECH returns a claimed 177 to 188mpg and emits between 33 and 36g/km of CO2 depending on trim level – impressive numbers that may not be entirely achievable in normal everyday driving. However, keep the battery topped up and drive carefully and you should get somewhere close. A plug-in hybrid makes most sense if you regularly undertake shorter trips, and with its 32-mile range the Captur is on the more usable end of the spectrum. Keep up with charging and you could feasibly not use a drop of fuel if your daily mileage is low.

Renault supplies the Captur plug-in hybrid with a three-pin cable as standard that lets you charge from a normal domestic socket in four hours and 15 minutes. A Type 2 cable is also provided, along with a BP Chargemaster 7kW wallbox; the Captur's max charging speed is 3.7kW, however, so charging time is only cut to three hours.