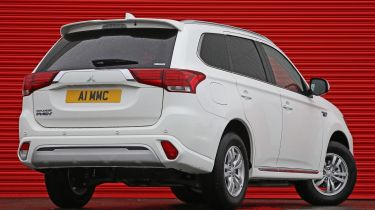 The current Outlander went on sale in 2012 as a diesel model and the PHEV variant arrived in 2013. A Commercial version has been offered throughout this time, and it has benefitted from the same revisions and updates as the SUV. The switch from 2.0- to 2.4-litre engines for 2019 is the biggest update yet, but Mitsubishi will have put the new set-up through exhaustive testing to ensure it’s just as reliable as its predecessor.

Either way, a five-year warranty will give buyers peace of mind that everything will go smoothly, although the mileage limit of 62,500 miles seems stingy when compared to the unlimited mileage of Hyundai's five-year cover.

The reason why it’s so short is because it ties in with the Outlander’s service schedule, which sees maintenance take place every 12 months or 12,500 miles.

The Outlander has been in production in Japan for long enough now that any problems will have been ironed out, and the transition to the bigger engine shouldn’t have a detrimental effect on reliability. As well as the five-year warranty, there’s an eight-year/100,000-mile warranty on the battery pack itself, so any concerns about battery reliability should be eased.

Euro NCAP crash-tested the standard Outlander PHEV SUV in 2013, and it earned a five-star rating. As standard, the Outlander PHEV Commercial has a full set of front airbags, including a knee bag for the driver, while a camera helps with rearward visibility. Electronic stability control and hill hold are also included, as is an airbag cut-off and ISOFIX child-seat attachments for the passenger seat.