Land Rover models used to be renowned for poor reliability, but recent improvements mean we expect good things of the Range Rover PHEV 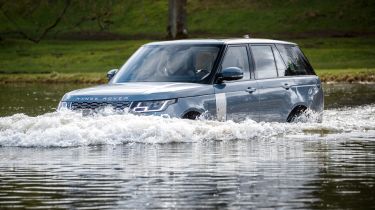 If you’ve read reviews of Land Rovers in the past, you’re probably expecting this paragraph to be a succession of warnings about things to worry about. But, not a bit of it. In fact, Land Rover seems to have made massive progress in the last few years and now owners of its cars are among the happiest in the business.

So, although there’s plenty of new technology in this PHEV – it is, after all, Land Rover’s first plug-in hybrid – there are no particular alarm bells ringing.

It’s the same story with safety. Although this exact model hasn’t been crash-tested by Euro NCAP, the last Range Rover – along with the Velar and most recent Discovery – scored the top five-star rating in the tests. So, we have no doubt that this model will also be just as safe.

Land Rover is company that has never been renowned for good reliability – the company finished in 24th position out of 27 manufacturers the 2017 Driver Power survey conducted by our sister title Auto Express, for example. So, you might expect us to be worried about a car that has as much new technology on it as the Range Rover PHEV, but we’re not.

That’s because the company’s cars seem to have gone through a remarkable improvement in the recent past. In the 2018 Driver Power survey, Land Rover finished in seventh position overall, so the omens are good that this model will be a hit with its owners.

The latest version of the Range Rover hasn't been crash-tested by the experts at Euro NCAP, but the previous generation scored a full five-star rating when it was assessed in 2012. And we’re sure that this model will be at least as good.