The Range Rover Sport PHEV's 26-mile electric range is impressive, and the battery can be recharged in less than three hours 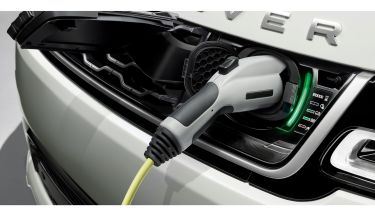 The full-fat Range Rover PHEV was Land Rover’s first plug-in hybrid and the smaller Sport uses basically the same system. That means a 2.0-litre petrol engine paired with an electric motor, with the end result of up to 87mpg potential fuel economy.

True, that’s not as impressive as some of the car’s most obvious rivals – the Volvo XC90 T8 is more economical, for example – but it doesn't have much more range on electric power only. And, of course, this is by far the most economical and least polluting model in the Range Rover Sport range.

Of course, as with any plug-in hybrid, this Sport works best on a diet of short journeys and regular charging, allowing you to run on electric power alone as much as possible. If you spend most of your time on the motorway, a diesel may well work out better. According to Land Rover’s own figures, the PHEV will only average about 30mpg once the battery is depleted and it’s using petrol power only.

The Sport has the same powertrain as the larger Range Rover PHEV and shares many of the same vital statistics. That means it’ll also go 25 miles on a full charge. As far as plug-in hybrids go, that’s up with the best – much better than the Volvo XC90. To drive further with no CO2 emissions, you’d need to get a full-electric car.

Like the Range Rover PHEV, the Sport PHEV comes only with a cable for home charging. Using that, it takes seven and a half hours to fully charge the battery from empty. However, if you buy a domestic wallbox and the appropriate (optional) cable, charge time will be just under three hours – the same as from a public charger.