The Niro PHEV is one of the more expensive models in the Kia range, but will have very low running costs for some people 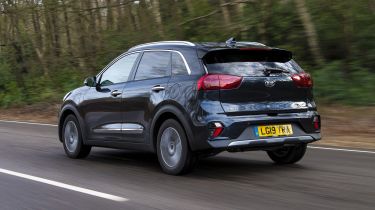 You can look at the Kia Niro PHEV in one of two ways. Either it’s an expensive version of the Niro hybrid or it’s a pretty good-value plug-in hybrid. It’s cheaper than SUV rivals such as the MINI Countryman and Mitsubishi Outlander, as well as more upmarket plug-in hybrid saloons and estates.

Let’s be honest, saving money is what these cars are about, which means that the Niro PHEV’s 29-31g/km CO2 emissions and 202mpg official fuel economy will raise more than a few eyebrows among buyers.

The Niro PHEV also qualifies for exemption from the London Congestion Charge until October 2021 and incurs Benefit-in-Kind (BiK) tax at just 10% during the 2020/21 financial year, which makes it particularly attractive to company-car users. 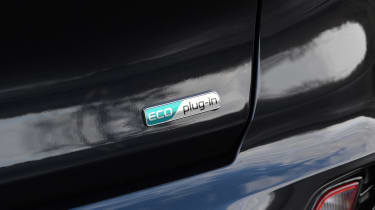 The Kia Niro PHEV sits in insurance groups 14 and 15, which is slightly higher than the hybrid version. That makes it a little dearer to insure than the plug-in version of the Hyundai Ioniq (which is in group 12), while the entry-level 'Business Edition' specification of the plug-in Toyota Prius is in group 13.

Kia’s excellent warranty is one of the biggest attractions of its cars. With cover for seven years or 100,000 miles (whichever comes sooner), it’s among the most generous on the market.

Like all Niros, the PHEV needs to be serviced every 10,000 miles or 12 months, whichever arrives sooner. That’s also the same as pretty much every petrol-engined Kia. Like many manufacturers, Kia offers a range of fixed-price servicing packages to help get a handle on the cost of maintanence.

Like every ‘alternative-fuel' car, the Niro PHEV will cost you £140 a year in road tax. At least its low price and the lack of options mean you won’t have to worry about the car costing more than £40,000 and incurring the extra £320 charge the first five times you tax it as a result.