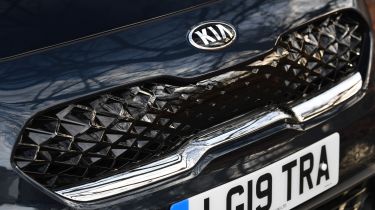 Kia’s renowned seven-year/100,000-mile warranty is one of the biggest advantages the Niro PHEV holds over the equivalent Toyota Prius, which comes with a five-year guarantee.

While the Niro’s clever hybrid powertrain is relatively new, plenty of other components in the car are found elsewhere in the Kia range and so have been well proven. The Niro also comes with plenty of safety equipment as standard, including autonomous emergency braking and lane-keeping assistance. 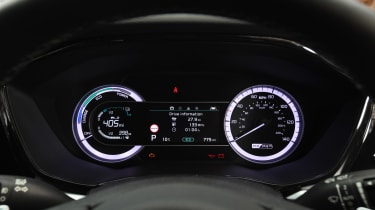 The Kia Niro has been a very strong contender in the Driver Power owner survey, having come in the top ten best cars to own for a number of years.

Owners praised the car’s infotainment system (which itself ranked first for user-friendliness), interior, seats, comfortable ride and safety features. Only the boot – which some owners thought a bit small – and performance didn’t quite come up to some owners’ expectations. Kia as a brand also performed very well in the same survey.

The Kia Niro received a 'dual rating' from Euro NCAP: four stars with standard equipment and five stars when some optional safety features are added. The good news is that both the 2 and 3 specifications offered on the PHEV have all the features that earned the car a maximum five-star rating.

They include autonomous emergency braking (which can automatically apply the brakes to avoid a collision), adaptive cruise control (which maintains a safe distance from the car in front), lane-departure warning and lane-keeping assistance (which automatically steers you back into your lane if the car starts to wander).

A 2019 upgrade added stop-and-go functionality to the Niro PHEV's adaptive cruise control; it can now bring the Niro to a stop if traffic slows to a halt, and then get the car back up to speed when the car in front moves off. Lane-following assistance has also been added. This tracks vehicles in front of you in traffic and detects road markings to keep the Niro in its lane on the motorway, operating between zero and 81mph.